Thomas Schmidheiny net worth: Thomas Schmidheiny is a Swiss entrepreneur who has a net worth of $6.3 billion. Thomas Schmidheiny was born in 1945 and is the Chairman of the board of directors of Swiss-based global building materials company Holcim. He started his career in 1970 as Technical Director with Cementos Apasco and was assigned to the Executive Committee of Holcim in 1976, holding the office of Chairman there from 1978 until 2001.

Thomas ran Holcim, the world's second-largest supplier of cement and concrete, for 2 decades and dropped out as chairman of the company in 2003. However, he still owns 20% of the growing company and has remained on the Board ever since. Apart from Holcim, Schmidheiny owns wineries in Napa Valley, Australia, Argentina and Switzerland, as well as a hotel in Switzerland. As for his personal life, Schmidheiny is married and a father of four. 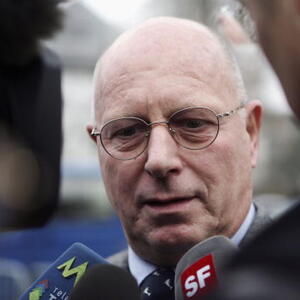