Thomas Pritzker Net Worth: Thomas Pritzker is an American heir, businessman and philanthropist who has a net worth of $3.1 billion dollars. Thomas Pritzker was born June 6, 1950. A member of the Pritzker family, he serves as the Chairman and Chief Executive Officer of The Pritzker Organization (TPO), which manages the various Pritzker family business assets, and he serves as the Executive Chairman of the Hyatt Hotels Corporation. He is founder and Chairman of North America Western Asia Holdings LLC (Nawah), an investment and advisory firm seeking to invest in Iraqi companies while advising clients looking to do business in the region. He is the Chairman of the Board of the Art Institute of Chicago and responsible for organizing the Pritzker Neuropsychiatric Disorders Research Consortium. He also serves on the Board of Directors of UCLA. After years of selling off assets to settle a family dispute, Forbes reported that Pritzker was wheeling and dealing once again. The chairman of Hyatt Hotels (and the only family member still involved in the hotel business) teamed up with sister Gigi in late 2013 to buy up steel mill servicing company TMS International Corp. for about $687 million in cash, or $1 billion including debt. He inherited a stake in Hyatt, industrial conglomerate Marmon Holdings and other assets built up by grandfather A.N. Pritzker (d. 1986) with his sons Jay (d. 1999), Robert (d. 2011) and Donald (d. 1972). Thomas is one of three cousins who led a 10-year unwinding of shared family assets, which ended in 2011. Thomas Pritzker also chairs the Art Institute of Chicago. 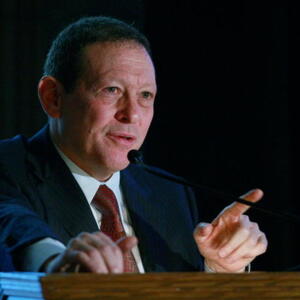