Theo Paphitis net worth: Theo Paphitis is a British entrepreneur who has a net worth of $260 million dollars. Theo Paphitis was born in Limassol, Cyprus, and grew up in England. He first showed potential as an entrepreneur, when he began running the tuckshop at his school when he was 15. By age 18, it was clear that he had a future in sales and retail.

By his early 20s, he'd turned his retail experience into a job in commercial mortgage sales. This led to his launching his own property finance company. From there, he invested in mobile telephone technology and then in clothing. He now owns or has major stakes in Ryman, Robert Dyas, Boux Avenue, and Red Letter Days, and was formerly a major shareholder in La Senza. He sold his portion of the company for £100m in 2006. He is most widely recognized as the former Chairman of Millwall Football Club and as one of the "Dragons" on the reality competition series, "Dragon's Den". He appeared on the show from 2005 to 2012. 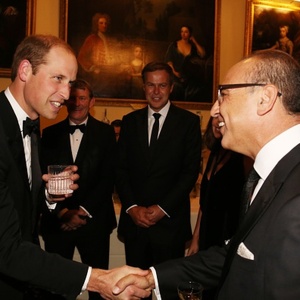