What is Suge Knight's net worth?

Suge Knight is an American record executive, music producer, and entrepreneur who has a net worth of $200 thousand. Suge Knight is best known for being the co-founder of Death Row Records, a music label that experienced enormous success in the 1990s thanks to artists such as Tupac, Dr. Dre and Snoop Dogg.

Suge Knight was born Marion Knight, Jr. on April 19, 1965, in Compton, California. His childhood nickname "Sugar Bear" gave rise to the future moniker "Suge." He is the son of Maxine and Marion Knight Sr. Suge attended Lynwood High School where he was a football and track star and graduated in 1983. He played football at El Camino College for two years, and in 1985 transferred to the University of Nevada, Las Vegas, where he played football for two more years.

Knight became a replacement player during the 1987 NFL Players Strike for the Los Angeles Rams. He played two games with them.

After his time with the NFL, Knight began working as a concert promoter and bodyguard for various celebrities, including Bobby Brown. In 1989, Knight formed his own music publishing company and struck it big when Vanilla Ice agreed to sign over the royalties to him for his hit "Ice Ice Baby." However, it came with controversy. Allegedly, Knight and his bodyguards confronted Vanilla Ice many times to harass him into signing over the song rights, even entering his hotel room and allegedly dangling him by his ankles off the balcony.

Next, Knight formed an artist management company and signed hip hop artists DJ Quik and The D.O.C. He met many members of the gangsta rap group N.W.A. this way.

Suge is most famous for being the former CEO and co-founder of Death Row Records, a company that was instrumental in bringing gangster rap to the mainstream in the 1990s.

Suge co-founded Death Row with Dr. Dre, The D.O.C. and a silent partner named Michael "Harry-O" Harris. At the time, Harry-O was incarcerated after being arrested and convicted of operating a large scale drug trafficking operation with the Cali Cartel. Harry-O provided Death Row with $1.5 million in startup capital. Harry-O's criminal attorney David Kenner went to work as the label's in-house lawyer while also overseeing his investment. In receiving the investment, Suge also promised to make Harry-O's wife Lydia a popstar.

Knight had public feuds going with 2 Live Crew and Sean Combs ("Puff Daddy"). His feud with Combs progressed when Knight insulted him on air at the Source Awards in August 1995. Later that year, Suge Knight offered to post a $1.4 million dollar bail for Tupac Shakur but only if the rapper agreed to sign with Death Row. He agreed and released his 1996 double album "All Eyez on Me" and The "Don Killuminati: The 7 Day Theory." In 1995, M.C. Hammer signed with Death Row but left the company shortly after.

During its heyday, Death Row sold over 150 million albums around the world and generated an estimated $750 million in net revenues.

Suge Knight, though never charged for any involvement, has been the subject of multiple theories involving the murders of both Tupac Shakur and The Notorious B.I.G. Tupac Shakur was shot in a drive-by shooting on September 7, 1996. Suge Knight had been in the car with Tupac. At 11:15 p.m., a white Cadillac pulled up to Knight's right side and Shakur was shot four times. Knight was hit in the head by the fragmentation of the bullets. Knight was able to drive one mile from the site where they were pulled over by police and paramedics were alerted. They were taken to the University Medical Center of Southern Nevada where Shakur died six days later. While multiple theories have swirled on who killed Tupac, The LA Times indicated that the shooting of Tupac Shakur was carried out by a Compton gang.

Shakur's East Coast rival, Biggie Smalls, was murdered in a similar fashion on March 9, 1997. Speculation amongst former Death Row artists like Snoop Dog arose that Knight was involved in both murders and that Biggie's death was a revenge killing. The most prominent theory is that he was killed by the Crips street gang, but his murder has never been solved. Snoop Dog's release "Tha Doggfather" contains open criticism of Knight for the murder of Shakur. In 2006, Snoop again verbally attacked Knight over the murder of Biggie Smalls. 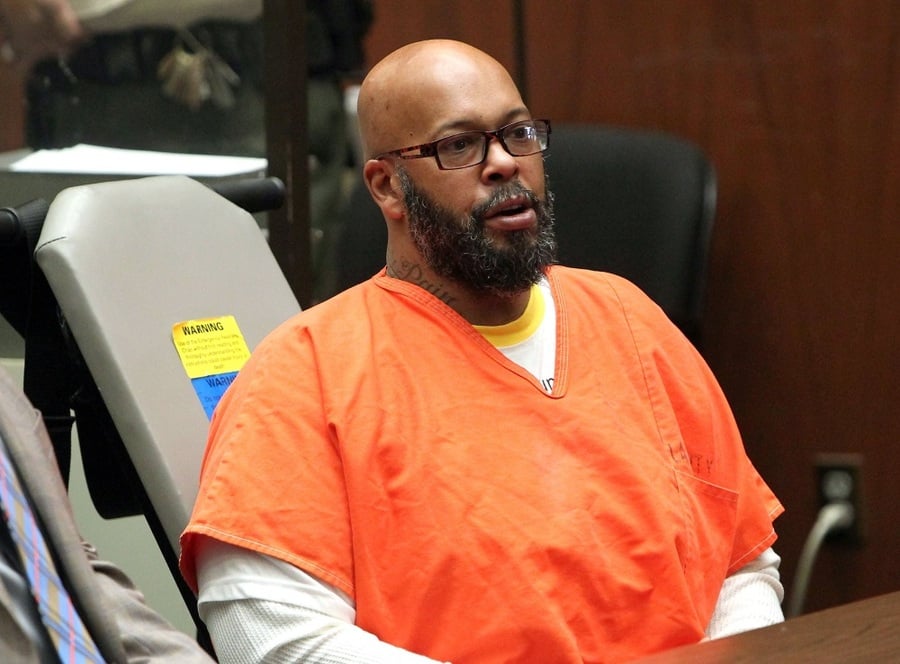 In 2002, the IRS announced that Suge owed $6.5 million in back taxes. In 2006 Suge filed for personal bankruptcy. At the time he claimed to have assets valued between zero dollars and $50,000. He also claimed to have debts totaling more than $100 million, although much of that was the result of a single $107 million judgment that was awarded to the former wife of his business partner. These debts forced Death Row to file for bankruptcy later that same year.

In 2009, the assets of Death Row were sold at auction for $18 million. The winning bidder was a company called WIDEawake Entertainment Group. WIDEawake eventually was sold to a Canadian company called New Solutions Financial Corp. New Solutions Financial Corp filed for bankruptcy in 2012. In 2013 Death Row's assets were bought by a company called Entertainment One, also known as eOne. In 2019 eOne was acquired by toy maker Hasbro. In 2021 Hasbro sold its music division, including Death Row's assets, to private equity giant The Blackstone Group. In February 2022, Blackstone sold the brand name and intellectual property rights for "Death Row Records" to Snoop Dogg for an undisclosed amount. Blackstone retained ownership of the music company's extremely valuable master recordings.

Over the two decades after Death Row, Suge has had several run-ins with the law. He ended up serving four years in prison on parole violations between 1997 and 2001. He was sent to prison again in 2003 for violating parole.

Suge had many physical altercations between 2008 and 2009. He was arrested again in Las Vegas on February 8, 2012, on marijuana charges. In 2014, Knight was shot at a Video Music Awards party hosted by Chris Brown at a nightclub on the West Hollywood Sunset Strip. He was shot six times but was able to walk himself to a hospital. In October 2014, Knight and Katt Williams were arrested and charged with robbery in connection with the theft of a camera from a paparazzi photographer. In August 2017, Knight was indicted for threatening the life of F. Gary Gray, the director of "Straight Outta Compton." Gray's portrayal of Suge Knight had been negative in the movie. Knight experienced blindness and blood clots in 2017, which kept him from attending his various court hearings.

On January 29, 2015, Suge Knight was allegedly involved in a fatal hit and run accident in Compton. The incident may have been related to a fight that took place at a movie set. Witnesses allegedly saw Suge back his truck over the victim then drive off. Suge then reportedly fled the scene and abandoned his car in a parking lot. On September 20, 2018, Suge pleaded no contest to voluntary manslaughter and could now serve up to 28 years in state prison. As of 2020, Knight is incarcerated in San Diego at the RJ Donovan Correctional Facility.

Knight married American R&B singer Michel'le in 1999 when he was in prison. He had previously helped her get clean by sending her to rehab. She filed for divorce 6 years later, then discovered their marriage was actually invalid because he was still technically married to an ex-wife. The two have a daughter, Bailei (b. 2002). In 2018, Suge's fiance Toi Lin Kelly was sentenced to three years in jail for assisting Knight in corresponding and communicating with the producers of a Death Row Records tell-all in 2015. During this time, a judge had previously barred Knight from all communication with anyone but his lawyer ahead of his murder trial. 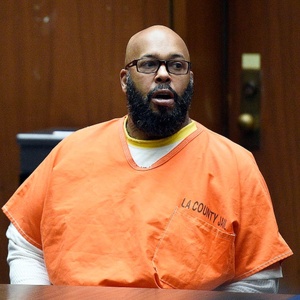