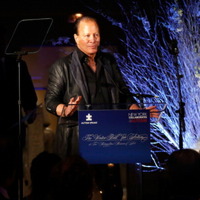 Stewart Rahr net worth: Stewart Rahr is an American businessman and entrepreneur who has a net worth of $1.8 billion dollars. Stewart Rahr was born in Queens, New York in 1946. Stewart graduated from New York University. He attended New York University Law School but dropped out so he could take over his family's pharmacy business. He decided to focus on the pharmacy acting as a wholesaler to other pharmacies. This eventually turned into Kinray Inc. and served more than 4000 pharmacies and made over $5 billion. Rahr sold Kinray to Cardinal Health in 2010 for $1.3 billion. He donated $10 million to the Make-A-Wish Foundation in 2013, which is the largest contribution in history. In 2013 he also donated $15 million to the Prostate Cancer Foundation. He has also donated large amounts to Knesset, United Hatzalah, North Shore Animal League America, Israel Cancer Research Fund, Salvation Army, and Russian American Jewish Experience. He married Carol K. Rahr in 1969 and had two children. The couple divorced and in 2013 Stewart agreed to pay her a settlement of $250 million. He purchased a house in The Hamptons in 2005 for $45 million and also has an apartment in the Trump Park Avenue building.