Steven Jackson net worth: Steven Jackson is an American businessman who has a net worth of $200 million dollars. Steven Jackson is based in Los Angeles and is the current CEO of ACI International, a massively successful footwear manufacturer. The company has managed to absorb multiple successful brands, and make strategic alliances with a number of high-profile athletes. Mr. Jackson, one half of the investment firm PCH Investments, purchased 42% of L.A. Gear shoes when the company was struggling in the early 90s. The business eventually filed for bankruptcy, and Mr. Jackson's larger company, ACI International came on board as a licensee of the L.A. Gear brand. ACI International is now home to a wide range of popular shoe brands, often with sports or entertainment tie-ins, including Shaq, Perry Ellis, Disney, Nickelodeon, Denali, Lyric Culture, Margaritaville, and Above the Rim. Additionally, the company revitalized the L.A. Gear brand, and now has offices in five cities around the world.

Bel Air House and Lakers Seats: Steven Jackson is also notable because he owns 8 Lakers courtside seats, more than anyone else in the world. He loves the Lakers so much that he built a perfect life-sized replica of the Lakers' home court at one of his mansions in Bel Air. The replica court is so perfect that visiting teams often stop by Steven Jackson's house to practice and get a feel for the Lakers' court. The court is decorated with Laker game jerseys on one wall over the baseline and Laker championship banners on the other. Standing at center court, one would not know they were at the replica. The home has locker rooms, weight rooms, steam rooms, a tennis court, movie theater, bowling alley and game room. He also owns the home next door. Based on comparable sales, each house is worth $15 to $20 million.

You can easily see the home with the Lakers court from Google earth: 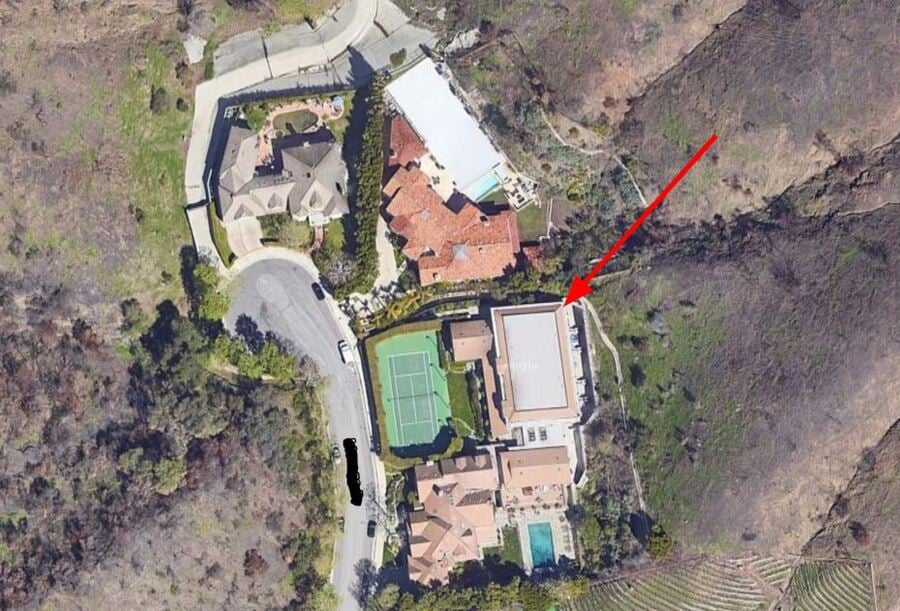 When the 2020 NBA season was postponed due to the Coronavirus in April 2020, players were not allowed to practice as a team until July 9. In mid-June it was rumored that the Lakers, led by LeBron James, had been having secret team workouts at Steven's house for weeks. LeBron had supposedly been holding workout sessions with a handful of teammates at a time. On June 20, 2020, Bill Simmons stated on his podcast that the Lakers had been working out together "at some rich guys' house in Bel Air". Technically these workouts would be against NBA protocol.

And FYI, LeBron CERTAINLY is aware of the house. Back in 2011, the Miami Heat famously practiced at the house several nights in a row to prepare for a 5-game series against the Clippers