What is Steve Wynn' net worth and salary?

Steve Wynn is an American casino resort/real-estate developer and art collector who has a net worth of $3.4 billion. Wynn's personal and commercial contributions to both the Las Vegas Strip and the city at large have radically improved the fortunes of Las Vegas forever. And his life story is a perfect metaphor for Las Vegas itself; where else could someone place a $45,000 bet and see it grow into a $3.1 billion fortune? Some of his most notable accomplishments include The Golden Nugget, The Mirage, Treasure Island, The Bellagio, The Wynn, and Encore.

Steve Wynn was born Stephen Alan Weinberg on January 27, 1942, in New Haven, Connecticut. His father Michael owned a chain of illegal bingo parlors on the East Coast. He changed the family's last name to Wynn in 1946 to avoid anti-Jewish discrimination. The Wynn family moved to Las Vegas in 1952 so his father Mike could run his bingo parlor at the Silver Slipper casino on the Strip. However, after six weeks, he was run out of business by the far more popular bingo games at the Golden Nugget in downtown Las Vegas. After the failure of the bingo parlor, the Wynns moved to Maryland.

Wynn got his BA in English literature from the University of Pennsylvania. He was a member of the Sigma Alpha Mu fraternity in college. Shortly before Wynn graduated from Penn in 1963, his dad died, leaving $350,000 in gambling debts. Wynn was set to go to law school at Yale Law School but opted not to. Instead, he took over the family's business in Waysons Corner, Maryland.

Wynn ran the game, calling the numbers, while his then-wife Elaine handled the cash. Running the parlor allowed Steve to meet many of his dad's old business contacts. These contacts included several long time gamblers and characters associated with the Mafia. These people he met in the 1960s led him to another one of his father's longtime associates, Maurice Friedman. Friedman, who lived in Las Vegas, was later linked to a branch of the Mafia in Detroit. (It should be noted that Steve Wynn has never been tied to organized crime in any way.)

After spending years watching his father and cronies lose money gambling, Steve Wynn came to a very simple conclusion. In his own words: "This showed me at a very early age that if you wanted to make money in a casino, the answer was to own one."


Using Friedman's contacts and a $30,000 loan from a family friend, Steve Wynn bought three percent of the Frontier Hotel on the Las Vegas Strip in 1965. The total cost of this venture was $45,000. He soon borrowed another $30,000 from a Las Vegas bank to acquire an additional two percent stake in the hotel and casino. This amount of shares allowed Steve to qualify for a small portion of the Frontier's gambling profits. In 1967, Steve and Elaine Wynn moved to Las Vegas. At the age of 25, he became the Frontier's slot and casino manager. However, within weeks, Friedman was implicated in a card cheating scheme in California and his affiliation with the Detroit Mafia came to light. The Frontier's investors quickly sold the hotel-casino to Howard Hughes for $24 million. As a minority investor who was only entitled to gambling profits, Steve did not see any significant income from the sale.

After the Frontier sale, Wynn floated a bit, co-producing lounge acts in casinos. He wanted more, and in 1969, the 27-year old would have a fateful meeting with a Las Vegas banker named E. Parry Thomas. Thomas headed up Valley Bank, which was like the Bank of America of Las Vegas – it was on every corner. Valley Bank was well known for granting loans to casinos for years when other local banks would not. Thomas got Wynn a job as the Nevada liquor distributor for Best Brands. Wynn bought the company on credit granted to him from Valley Bank. In 1970, Wynn bought 10 acres off the Las Vegas Strip for $154,000. Thomas lent him $400,000 to build a liquor warehouse there. After one year, Wynn sold that warehouse, and Best Brands, for more than $700,000. His share of that deal was $170,000.

In 1971, Wynn managed to parlay his profits from a land deal involving Howard Hughes and Caesars Palace into a controlling interest in the Golden Nugget Las Vegas, a landmark downtown casino and one of the oldest casinos in the city. Wynn renovated, revamped, and expanded the Golden Nugget from a gambling hall to a resort hotel and casino with enormous success. In the process, he attracted a new upscale clientele to downtown Las Vegas.  In 1977 he opened the Golden Nugget's first hotel tower, followed by several others.

Wynn's first major casino on the Las Vegas Strip was The Mirage, which opened with much fanfare in November 1989. It was the first time Wynn was involved with the design and construction of a casino. The hotel, with its erupting volcano and South Seas theme, ignited a $12 billion building boom on the Strip.

In October 1998, Wynn opened the even more opulent Bellagio, a $1.6 billion resort and casino. When it was built, the Bellagio was the most expensive hotel in the world.

Just before Christmas 2008, Encore Las Vegas, the newest of Wynn's collection of resorts, opened. The tower of Encore is modeled after the Wynn Las Vegas tower, and in fact, they share the same property though they are separate hotels. Construction of the resort and casino took two years and cost $2.3 billion.

Wynn expanded his casino and resort empire to Macau with the opening of the Wynn Macau in 2006 and Encore Macau in 2010. Wynn opened the Wynn Palace in China in 2016.

In 2018, it was reported that dozens of employees and former employees had revealed a pattern of sexual misconduct by Steve Wynn. He stepped down as CEO of Wynn Resorts in early February 2018 in light of the allegations against him. He denies all allegations. 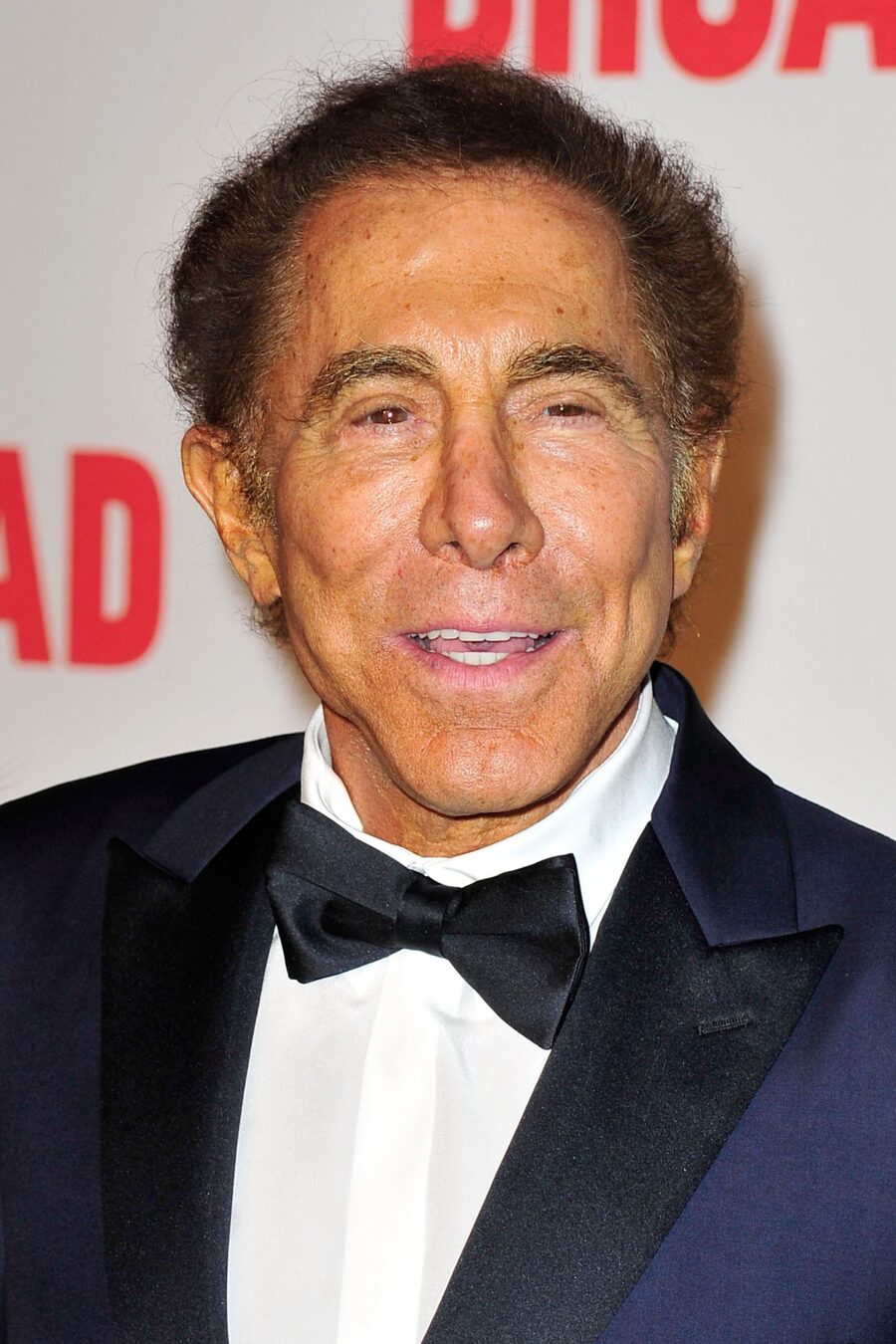 Steve Wynn previously resided in a private villa at Wynn Las Vegas, while Elaine Wynn resided in the couple's mansion inside the Las Vegas development of Southern Highlands Golf Club.

Kevyn Wynn was kidnapped in 1993 and Wynn paid $1.45 million in ransom for her safe return. The kidnappers were apprehended when one attempted to buy a Ferrari in Newport Beach, California, with cash. Kevyn was found unharmed several hours later.

On April 30, 2011, Wynn married Andrea Hissom in a ceremony at the Wynn Las Vegas.

Wynn is a citizen of the U.S. and Monaco.

In 2010, Wynn switched to a vegan diet. According to Wynn, his vegan diet was inspired by a guest on his yacht in St. Tropez, who discussed the environmental and health consequences of eating meat. After becoming a vegan, Wynn announced that he would add animal-free menus to all his restaurants.

The centerpiece of Wynn's extensive art collection is Picasso's Le Rêve. Wynn purchased the painting in 2001. In 2006 Wynn reportedly planned to sell it for $139 million, which would at that time have been the highest price paid for any piece of art. However, one day while showing the painting off to Nora Ephron and Barbara Walters, Wynn accidentally put his elbow through the painting. The damage canceled the sale and cost $90,000 to repair. He eventually sold Le Rêve in 2013 for $155 million.

Wynn is one of the richest people in the world and made his debut on the list of the 400 richest Americans at #377 with a net worth of $650 million in September 2003. His net worth jumped up to $1.1 billion only six months later.

In 2015, Steve paid $48 million for a nearly 3-acre estate in Beverly Hills. He then spent years and many millions on massive renovations. The main house is 27,000 square feet and was originally built by Guess? co-founder Maurice Marciano in the 1990s. Wynn listed the home for sale in March 2020 for $135 million.

In Las Vegas, his legal residence for tax purposes, Steve owns a large mansion within a gated country club. In New York City he owns the penthouse of the Ritz Carlton, which he picked up in 2012 for a cool $70 million. In Florida, he owns an oceanfront mansion in Palm Beach which he picked up in 2019 for $40 million. Finally, Steve owns a 25,000-square-foot ski compound in Sun Valley, Idaho. 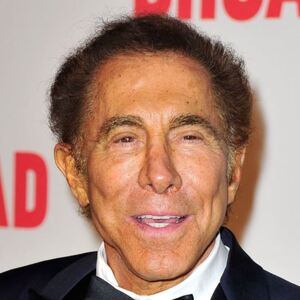