Steve Ells net worth: Steve Ells is an American businessman who has a net worth of $200 million. Steve Ells has earned his net worth as the Chief Executive Officer and Chairman of the Chipotle Mexican Grill, as well as, a Sous Chef at Stars Restaurant in San Francisco. He is also a member of the board of directors for the Land Institute, and will be appearing on America's Next Great Restaurant, as part of the judging and investment panel. On NBC's new series, he will join Bobby Flay, Curtis Stone and Lorena Garcia as fellow judges.

He was born in Indianapolis, Indiana. His father was a pharmaceutical executive. He attended Boulder High School and later, Ells received a Bachelor of Arts degree in Art History from the University of Colorado at Boulder, and the Culinary Institute of America in Hyde Park, New York. He graduated in 1990. Ells founded Chipotle in 1993. His vision was to serve only naturally raised meat and to promote the use of sustainable agriculture. He started his restaurant career as a sous chef under Jeremiah Tower at Stars Restaurant. The Rocky Mountain News named Ells "Business Person of the Year" in 2005. He also won the "CEO of the Year Award" from Colorado magazine in 2007.

The Chipotle Mexican Grill, Inc specializes in burritos and tacos. They have more than 1000 locations, with restaurants in 38 states, Washington D.C., Toronto, Ontario and London, England and currently employs 26,500 people. It was decided in April of 2011, by the Supreme Court, Denver-based Chipotle Mexican Grill violated a federal disabilities law, by constructing its restaurants to include a 45-inch-high wall that separated patrons from the food- preparation area, in two California restaurants. By adding this wall it has kept handicapped people in wheelchairs from being able to watch their food being prepared. This action by the high court kept intact a previous ruling by a lower court. 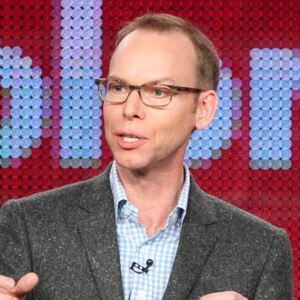