What is Steve Ballmer's Net Worth and Salary?

Steve Ballmer is an American businessman and sports team owner who has a net worth of $92 billion. Steve Ballmer is best known for his association with Microsoft and for owning the Los Angeles Clippers. His extremely high net worth makes him one of the wealthiest individuals on the planet. Most of his wealth is the result of his shares in Microsoft.

The vast majority of Steve Ballmer's net worth is derived from his 333.3 million shares of Microsoft stock. Over the years he has sold $3.4 billion worth of stock and collected roughly $4.5 billion from dividends. Despite being a multi-multi-billionaire, Ballmer still drives a Ford in honor of his father who was a Ford manager.

In 2000, Ballmer replaced company founder Bill Gates as CEO. As CEO he earned a base salary of $1.35 million. In August 2013, Ballmer announced that he would be retiring as CEO within 12 months. On February 4, 2014, Ballmer was replaced by Satya Nadella.

Steven Anthony Ballmer was born on March 24th of 1956 in Detroit, Michigan. His father, Frederic Henry Ballmer, served as manager for the Ford Motor Company. To honor his father, Ballmer reportedly still drives a Ford to this day. Although he was initially raised in the affluent community of Farmington Hills, Steve Ballmer lived in Brussels from 1964 to 1967 and attended the International School of Brussels.

Over the next period, Ballmer worked as an assistant product manager for Procter & Gamble. Unsatisfied with the corporate lifestyle, Ballmer tried to have two screenplays produced in Hollywood. By 1980, he was attending the Stanford Graduate School of Business.

In 1980, Bill Gates convinced Ballmer to drop out of Stanford and become Microsoft's first-ever business manager. Over the next twenty years, Gates and Ballmer established a strong connection with one another – both on a personal and professional level. He was in charge of many Microsoft divisions, such as sales and the .NET framework.

In 2000, the balance of power transitioned from Gates to Ballmer, and he became the company's new CEO. That being said, Gates still served as chairman of the board and guided the overall vision of Microsoft. Almost inevitably, genuine tensions began to arise between the pair for the first time. Ballmer's approach to managing Microsoft has led to mixed reviews. While it's true that he tripled sales and doubled profits, the company's share value stagnated. In addition, many observers have argued that Ballmer missed out on big trends.

Of course, Ballmer did lead Microsoft into new territory, creating the Xbox division and helping popularize Skype. Still, Ballmer failed to capitalize on the smartphone trend, famously dismissing Apple's iPhone as a waste of time. He also lost billions in ill-advised acquisitions, such as Nokia, and failed products such as the Surface. After being named the worst CEO by several publications, Steve Ballmer began to feel the pressure. In 2013, he finally retired from Microsoft. 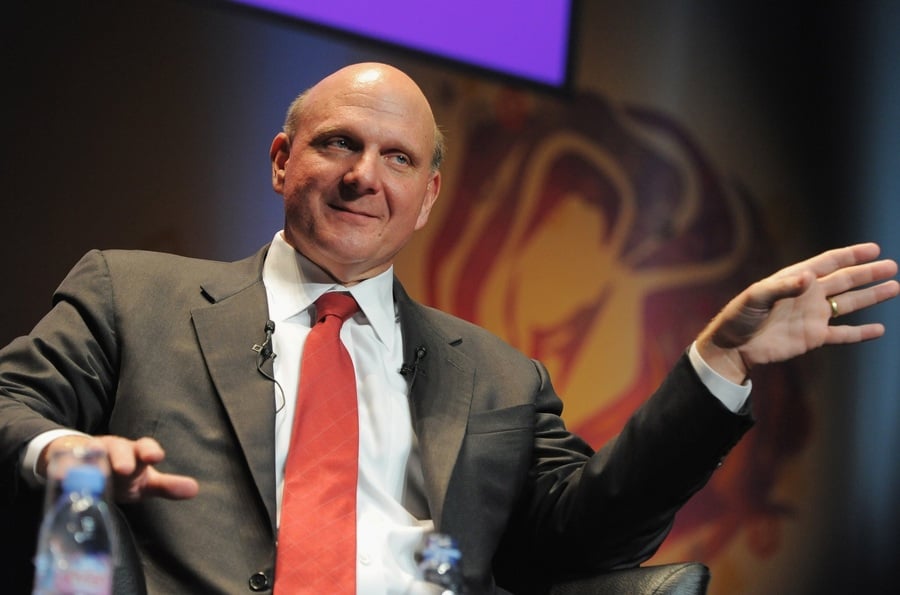 Acquisition of the LA Clippers

Ballmer had ostensibly been interested in buying a basketball team since 2008, when he was part of a group that tried (unsuccessfully) to acquire the Seattle Sonics. In 2012, he also tried to buy the Sacramento Kings. However, Ballmer would finally get the opportunity he'd been waiting for in 2014 when Clippers owner Donald Sterling was given a lifetime ban from the NBA following racist comments.

Sterling's wife pushed to have the LA Clippers sold, and Ballmer stepped in with an offer of $2 billion. The offer was accepted soon thereafter, and Ballmer became the new owner of the Clippers.

The vast majority of Steve Ballmer's net worth is derived from his 333.3 million shares of Microsoft stock. Over the years he has sold $3.4 billion worth of stock and collected roughly $4.5 billion from dividends. In 1980, Bill Gates hired him to be Microsoft's Business Manager and offered him a compensation package that included an annual salary of $50,000 – plus an 8% ownership stake in the company. The company incorporated one year later in 1981, and Ballmer's stock skyrocketed in value. As a result, Steve Ballmer became only the second person to ever become a billionaire based on stock options for a company that he didn't create himself.

In 2020, reports stated Ballmer had purchased a property in Hunts Point, Washington for $9.8 million. The historic home was built in 1902 and features 3,790 square feet of living space and roughly one acre of land. This wasn't the first time Steve Ballmer had acquired real estate in the Seattle area. In 1987, he and his wife Connie purchased another home nearby for $1.325 million. Since then, the property has skyrocketed in value, and in 2020 it had reached a reported value of over $12 million.

In 2020, Ballmer also purchased the Forum in Inglewood for $400 million. The Forum was previously the home of the LA Lakers, although they later moved to the Staples Center. The Clippers are also currently playing their games at the Staples Center, but they will have the chance to return to their own venue after Ballmer redevelops the Forum.

Ballmer's acquisition was a strategic one, as James Dolan (another NBA team owner) had been preventing Ballmer from constructing a separate arena nearby. Dolan's company, MSG, purchased the Forum in 2012 for $23.5 million. After Ballmer successfully bought out Dolan's interest in the Forum, he paved the way for a brand new, 18,000-seat stadium with all the latest features. Some estimate that this new stadium could cost over $1 billion to construct, and it is scheduled for completion in 2024. 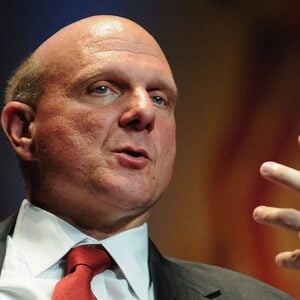