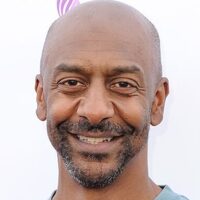 Stephen G. Hill net worth and salary: Stephen G. Hill is an American businessman and television producer who has a net worth of $8 million. Stephen G. Hill is best known for being the former President of Music Programming and Specials at the BET network. He held the position of President of Programming at BET from 2008 to 2017. He was the Executive Producer of the BET Awards and the BET Hip Hop Awards. He has also served as executive producer for the BET shows The Deal, The BET Honors, Rip the Runway '11, The Story So Far: Alicia Keys, Black Girls Rock! 2011, and Real Husbands of Hollywood. Hill was responsible for directing and managing the music programming at BET. He has been responsible for the BET series 106 & Park, Rap City, and Spring Bling. He worked as Director of music programming at MTV for four years and was program director at WILD-AM in Boston, Massachusetts. He has also worked for ABC Radio Networks and was executive producer of the Tom Joyner Morning Show.