What is Sophia Amoruso's Net Worth?

Sophia Amoruso is an American fashion designer, author and entrepreneur who has a net worth of $20 million. Sophia Amoruso is best known for founding the women's fashion retailer Nasty Gal and the entertainment company Girlboss Media.

At the peak of Nasty Gal's success in roughly 2012/2013, the company was generating tens of millions of dollars in annual revenue. In 2012 Sophia and Nasty Gal received a $49 million investment from Index Ventures. Amoruso was called the "Cinderella of tech" by the New York Times, and appeared on Inc. Magazine's "30 Under 30" List in 2013. Unfortunately, by 2016, Nasty Gal's fortunes had reversed and the company was forced to file for bankruptcy. With the loss of the company, Sophia's net worth plummeted from a peak of $280 million.

Among her other endeavors, Amoruso wrote an autobiography called "#GIRLBOSS" that was adapted into a Netflix series in 2017.

Sophia Amoruso was born on April 20, 1984 in San Diego, California. She is of Portuguese, Greek, and Italian ancestry, and was raised in the Greek Orthodox church. As a teen, Amoruso was diagnosed with both depression and attention deficit hyperactivity disorder; as a result, she dropped out of school and started to be homeschooled. She got her first job working at a Subway restaurant, and then had a number of odd jobs at places such as a bookstore and a record shop. After Amoruso completed her high school degree, her parents divorced; she subsequently moved to Sacramento to live a more liberated lifestyle. Following her move, she carried out a peripatetic existence that consisted of hitchhiking, stealing, and dumpster diving up and down the West Coast. While living in Portland, Oregon in 2003, Amoruso stopped thieving after she was caught shoplifting. Shortly after discovering a hernia in her groin, she relocated to San Francisco, where she worked as a security guard at the Academy of Art University to pay for health insurance for surgery.

While working at the Academy of Art University, Amoruso opened an eBay store called Nasty Gal Vintage, named after the 1975 album by funk and soul singer Betty Davis. Nasty Gal Vintage featured vintage apparel and other items; the first item sold was a book Amoruso had stolen as an adolescent. Using information she learned in a photography class, Amoruso photographed, captioned, styled, and shipped all the items herself. Eventually, Nasty Gal Vintage became a monster success, making $1 million in yearly revenue after six years. However, in 2008, Amoruso was reportedly banned from eBay for posting hyperlinks in her feedback to customers.

After leaving eBay, Amoruso opened Nasty Gal as a stand-alone online retail store. The business soon amassed a major following of young women on social media, and grew its revenue from $223,000 in 2008 to nearly $23 million in 2011. At its peak, the company was taking in $100 million in yearly sales, and was employing more than 200 people. Due to her massive success, Amoruso was named a "Cinderella of tech" by the New York Times, and made the 30 Under 30 list in Inc. Magazine.

Despite being launched to the upper echelons of wealth thanks to Nasty Gal, Amoruso admitted to Forbes that she was unprepared to take on the heavy demands of being a CEO, having had no prior experience in leadership. Consequently, she announced that she was stepping down from her position in January of 2015. In November of the following year, it was reported that the company was filing for Chapter 11 bankruptcy protection. Eventually, in February of 2017, British online fashion retailer Boohoo Group purchased Nasty Gal for $20 million. The company remains in Los Angeles, however, and continues to make clothing, shoes, and accessories under its own brand name. 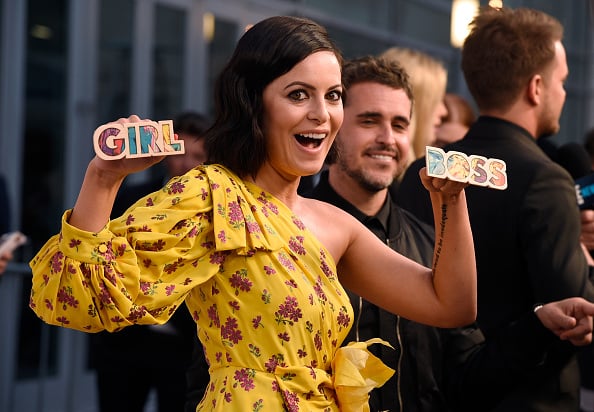 As an author, Amoruso penned an autobiography entitled "#GIRLBOSS," which was published by the Penguin imprint Portfolio in 2014. A few years later, Netflix adapted the book into an eponymous series starring Britt Robertson as a fictionalized version of Amoruso. The show also featured Ellie Reed, Johnny Simmons, Alphonso McAuley, Dean Norris, and Melanie Lynskey, among others. Generally disliked by viewers, who criticized it as myopic and encouraging of narcissism, the series was ultimately canceled by Netflix after one season.

Among her other media involvements, Amoruso appeared as herself in two 2012 episodes of the MTV series "House of Style." Three years later, she was a guest judge on the spinoff fashion design competition series "Project Runway All Stars," and also appeared as herself on "Pop Culture Underground." 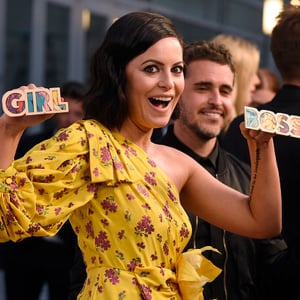