Shahid Khan net worth: Shahid Khan, also known as Shad Khan, is a Pakistani-born entrepreneur who has a net worth of $9 billion dollars. After coming to the United States with a total of $500, he earned a fortune selling car bumpers.

Early Life: Born in Lahore, Punjab, Pakistan, Shahid Khan came to the United States in his late teens to attend the University of Illinois at Urbana-Champaign's School of Mechanical and Industrial Engineering. When he moved to the US, he had $500 to his name. That $500 represented his family in Pakistan's entire life savings. The dorms were not open yet, so Shahid found a room and a meal at the local YMCA for $2 a night. Spending the money made him nervous, so he took a job in the YMCA's kitchen where he washed dishes for $1.20 per hour to recoup some of the money spent on room and board. This was a revelation to him, as that meager $1.20 an hour was more than 99% of the people in Pakistan made. He washed dishes after class to pay his bills.

Success: After graduating in 1971, he became the engineering director for Flex-N-Gate, an automobile manufacturing company. He subsequently started his own company, Bumper Works, in 1978. His company specialized in car bumpers and became so successful, that he was able to purchase Flex-N-Gate. The larger company became the primary supplier of bumpers to the major car manufacturers in the United States, and then became the sole supplier for Toyota. It has since grown to 48 plants, employing over 12,000 people, and pulls in more than $3 billion per year.

In 2011 Shahid Khan became the majority owner of the Jacksonville Jaguars NFL team. The sale was finalized in mid-December 2011 and his ownership went into effect in 2012. Today he is one of the most popular owners in the NFL. He also owns the Fulham Football Club. In May 2018, Fulham qualified for a spot in the Premier League. The moment that happened, Shahid essentially earned $125 million which is the annual revenue share a team owner makes in the Premier League. For comparison, he makes $250 million a year from his NFL rev share. 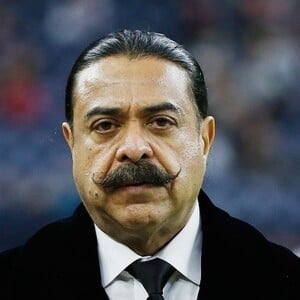