Scott Sibella Net Worth: Scott Sibella is an American businessman who has a net worth of $50 million dollars. Scott Sibella was born in Las Vegas, Nevada, and went on to graduate from the University of Nevada, Las Vegas – Harrah Hotel College. He began his career in hospitality with an internship at the Golden Nugget, and subsequently worked his way up to hotel manager.

After many years in the hospitality industry, he was named President and Chief Operating Officer of Mirage of MGM Mirage in 2007. He then went on to become the President and Chief Operating Officer of MGM Grand at MGM Resorts International. He was featured on the hit reality series, "Undercover Boss" in 2011. The episode proved to be a popular one. Based on his discussions with employees while undercover, he completely overhauled the MGM Grand, using employee feedback as a springboard for all of the changes. 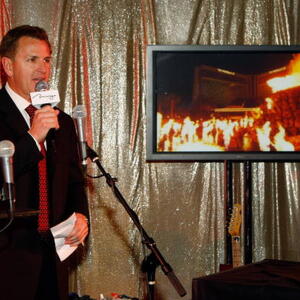