What is Satya Nadella's Net Worth and Salary?

Satya Nadella is an Indian-American technology executive who has a net worth of $350 million. He is best known as the CEO of Microsoft, a position he has held since he took over from Steve Ballmer in 2014. After starting his journey with Microsoft, he eventually became the executive vice president of Microsoft's cloud and enterprise group before reaching the position of CEO.

In contrast to Microsoft's traditional philosophy of fierce competition with rivals, Nadella instead emphasizes cooperation. Throughout his tenure, he has developed closer relationships with companies like IBM, Salesforce, and Dropbox. Satya has even pushed for warmer relationships with companies like Linux and Apple. Over the course of his career, Nadella has been honored with a number of accolades. He has been named Person of the Year or Businessperson of the Year by a number of different publications.

Satya Narayana Nadella was born on August 19th of 1967 in Hyderabad, Andhra Pradesh, India. After graduating from secondary school, Satya attended the Manipal Institute of Technology and eventually earned a bachelor's degree in electrical engineering. After graduating in 1988, Satya relocated to the United States in order to attend the University of Wisconsin-Milwaukee. Once there, he earned an M.S. in computer science before attending the University of Chicago Booth School of Business. By 1996, he had graduated with an MBA.

Nadella began his career at Sun Microsystems, an American computer and software company. He initially served on Sun Microsystems' technology staff before moving to Microsoft in 1992. Nadella quickly became a key figure at Microsoft, leading a movement towards cloud computing. He eventually helped develop one of the largest cloud infrastructures in the world.

Nadella moved up the ranks quickly, first serving as the senior vice-president of R&D for Microsoft's Online Services Division. He also served in the same role for the company's Business Division. After becoming the president of the Server and Tool Business, he was able to push Microsoft towards cloud computing with greater vigor. Revenue from Microsoft's Cloud Services grew immensely under Nadella's leadership, rocketing from around $16 million in 2011 to over $20 billion in 2013. In 2014, Satya was named the new CEO of Microsoft, becoming the third person to hold this position after Bill Gates and Steve Ballmer. While Nadella continues to push for greater implementation of cloud technology, he has also emphasized general characteristics such as learning and empathy. 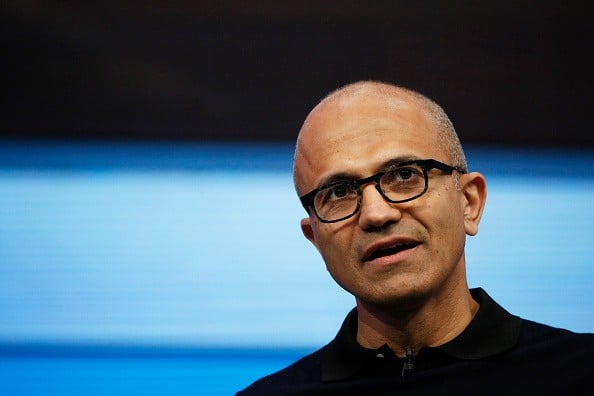 Some of Satya Nadella's most notable contributions to Microsoft since becoming CEO have involved a number of acquisitions. Perhaps Microsoft's most famous acquisition of the modern era came in 2014 when it purchased Mojang, a Swedish video game company responsible for creating the insanely popular game Minecraft.

In the years that followed, Nadella also oversaw the acquisition of Xamarin, a San Francisco-based company that specializes in Common-Language Infrastructure (CLI). In addition, Nadella pushed for the acquisition of LinkedIn, which was successfully acquired by Microsoft in 2016 for $26.2 billion. One of the company's most recent acquisitions came in 2018 when it purchased GitHub for $7.5 billion.

Outside of his work with Microsoft, Satya has pursued a number of additional ventures. He and his wife Anupama are partial owners of the Seattle Sounders, a professional Major League Soccer team. In 2017, he also published a book entitled "Hit Refresh," which covers his early life, career, and vision for the future of technology. All proceeds from his book sales went to nonprofit organizations.

Nadella also serves on boards and committees of a number of different companies and entities. These include Starbucks, the Fred Hutchinson Cancer Research Center, and the University of Chicago.

In 1992, Satya married Anupama, a woman whom he had met while studying at Manipal University. She was studying for a bachelor of architecture degree at the time. Over the course of their relationship, Anupama and Satya have had three children together. The family currently lives in Washington.

In 2013, Satya earned a base salary of $669,000 and received an additional $17.6-million compensation package in the form of stock options and bonuses. In 2014, his total compensation rose to approximately $40 million. Between 2015 and 2017, Nadella earned $20 million per year through salary and bonuses alone. In 2019, he earned a total sum of $42 million. This represented a mix of base salary, stock options, and other performance-based incentives. At least $10.8 million of his compensation package for 2019 came from a single cash bonus, and his base salary for that year was $2,333,333.

According to an SEC filing in 2020, Satya owned around 1.7 thousand shares of Microsoft. At that point those shares were worth roughly $330 million.

In 2016, it was announced that Satya Nadella was selling his home in Washington for $2.8 million. Located in the neighborhood of Clyde Hill, the spacious home features French doors, meticulously-maintained lawns, and outdoor entertaining areas. There are also spectacular views of Lake Washington and the Olympic Mountains. Satya first listed the property for $3.5 million, but later settled on a significantly lowered price of $2.8.

This might seem like a major price cut, but one has to remember that Nadella originally purchased the home 16 years prior for $1.385 million. This means that the Nadellas were able to double their initial investment. After selling the 4,050-square-foot property, Satya and his family stayed in Washington and presumably moved to another home in Bellevue that he had purchased in 2013 for $422,500. 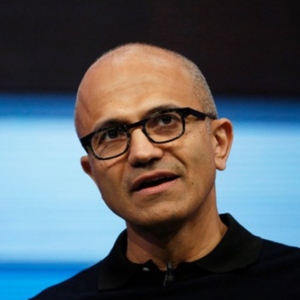