What is Sara Blakely's net worth?

Sara Blakely is an American entrepreneur and philanthropist who has a net worth of $1 billion dollars. She is the founder of the very successful shapewear brand Spanx. In October 2021 Sara agreed to sell a majority stake in Spanx to private equity firm Blackstone in a deal that valued the company at $1.2 billion. Sara continues to own a minority stake and oversees company operations. Sara and her husband Jesse Itzler, who founded Marquis Jets, are members of The Giving Pledge. Sara and Jesse are also minority owners of the NBA's Atlanta Hawks.

Sara Treleaven Blakely was born on February 27, 1971, in the Tampa suburb of Clearwater, Florida. Her parents Ellen and John are, respectively, an artist and attorney. Her brother Ford is an artist. She graduated from Clearwater High School in 1989. She graduated from Florida State University with a bachelor's degree in communications in 1993. While at FSU, Blakely was a member of the Delta Delta Delta sorority.

Sara planned to become a lawyer like her father, but her scores on the LSAT were too low to get into law school. Instead, she went to work at Walt Disney World for three months and worked as a stand-up comedian in the evenings.

After three months at Disney World,  Blakely got a job selling fax machines door-to-door for an office supply company. She was quite good at her job and was promoted to national sales trainer when she was 25. Back in the 1990s, a job like this meant she was required to dress professionally, which included pantyhose. Needless to say, the heat and humidity of summers in Florida made this incredibly uncomfortable. Sara liked the control top aspect of the pantyhose and how they eliminated panty lines and made her appear thinner. However, the look of the seamed toes in open-toed shoes annoyed her. She tried cutting the feet off her hose, but then they just rolled up her leg. There's a saying that necessity is the mother of invention and this was very much true for Sara Blakely. This is how she was inspired to create Spanx.

Blakely moved to Atlanta when she was 27 for her job. Over the next two years, she researched and developed her idea using her $5,000 in savings. Since most of the hosiery mills in the U.S. were located in North Carolina, she went there to shop her idea and try to find a company to make a prototype. Again and again, she was turned down. No one understood her idea. Two weeks after returning to Atlanta, she got a call from a hosiery manufacturer in North Carolina. He had daughters and when he told them about Blakely's idea, they immediately not only understood it but thought it was brilliant. He offered to make Blakely's shapewear.

It took a year to make the first Spanx prototype. She worked with a patent attorney to apply for a patent. She worked on the packaging. Then, she called a local Neiman Marcus buyer and set up a meeting. During the meeting, she went into the bathroom to put on a pair of Spanx to demonstrate the benefits of the product. That was the right move as the buyer jumped at the chance to be the first to sell Blakely's shapewear. Neiman Marcus ordered 7,000 pieces for their first order and put them up for sale in seven stores. Blakely then called her friends and family and asked them to to to Neiman Marcus and make a big deal about the Spanx. Soon Saks, Bergdorf Goodman, and Bloomingdale's also wanted to sell Spanx. 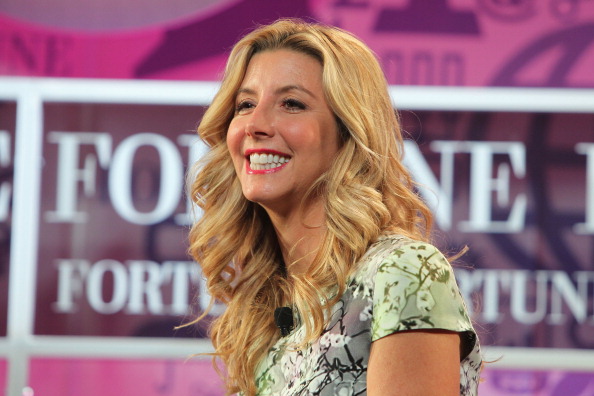 Blakely was hands-on through all stages of Spanx's growth— including in product positioning and marketing. Crucially, she insisted that Spanx be sold in the shoe department, as opposed to the hosiery department. This set her product apart.

At about the same time, Blakely sent a basket of Spanx products to Oprah Winfrey's television show with a note describing her life story and how the product came to be. Six weeks later, in November 2000, Oprah named Spanx a "Favorite Thing," which sent sales and market awareness of Blakely's product soaring. It was then that Blakely finally quit her job at the office supply company. During the first year of sales, Spanx sold $4 million in product. In its second year, sales jumped to $10 million. Blakely signed a contract with QVC in 2001 and sold 8,000 pairs of Spanx in the first six minutes they were available for purchase.

Blakely and Spanx have never spent a dime on advertising. This is a product that grew entirely based on organic word of mouth and clever public relations. Blakely's sense of her product and the company she wanted to build has been nearly infallible from the start. Of course, it didn't hurt that Blakely was a good salesperson, too.

Almost as soon as Spanx took off, other companies began knocking off the shapewear and selling it at bargain-basement prices. Blakely foresaw this, which was one of the reasons she chose to start with high-end luxury retailer Neiman Marcus. Women who shop at that price point tend to be more brand loyal and less focused on price.

In 2007, Blakely made another smart move by partnering with Target to launch an exclusive lower-cost line of shapewear called Assets by Sara Blakely.

In 2017, Spanx had estimated sales of $400 million. Blakely owns 100% of the private company and has never taken outside investment.

Blakely married Jesse Itzler, the co-founder of Marquis Jet, in Boca Grande, Florida in 2008.  The couple met at a Net Jet Poker Tournament and dated for a year before getting married. Sara and Jesse have four children.

In 2005, Blakely was a contestant on "The Rebel Billionaire." She finished in second place and Richard Branson presented her with a $750,000 check to start her foundation. She launched the Sara Blakely Foundation in 2006. The foundation helps women through education and entrepreneurial training.

Blakely joined The Giving Pledge in 2013.

She has been a guest judge on ABC's "Shark Tank."

In 2015, Blakely and Itzler were part of the group led by Tony Ressler that bought the NBA's Atlanta Hawks for $850 million.

In 2019, Blakely paid $162,500 for the black pants worn by Olivia Newton-John in "Grease." Proceeds from the auction benefited Newton-John's cancer treatment center in Melbourne, Australia. 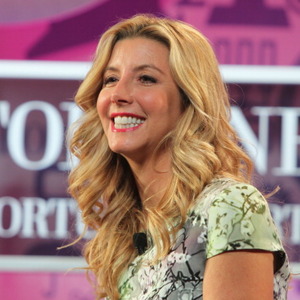