How much is Sanjay Vadera Worth?

Sanjay Vadera net worth: Sanjay Vadera is a Ugandan entrepreneur who has a net worth of $11 million. Born in 1967, Vadera moved to England with his family when he was five years old. He grew up in Bolton and went to Manchester Polytechnic, where he studied computer science and physics. While in college, he opened up a fragrance concession stand, sourcing fragrances from Dolce & Gabbana and Hugo Boss. At Manchester Polytechnic, he formed his own company, Per-Scent. In 1992, he teamed up with Superdrug, who was looking for a seller of perfumes, but had not been able to purchase from the big brands themselves. After a three-month trial, Superdrug allowed Per-Scent to be their lone provider, and the company grew greatly as a result of the expanded business. Today, Vadera is CEO and chairman of a number of companies, including Per-Scent, The Fragrance Shop, Perfume Point and Fragrance and Beauty. The Fragrance Shop has grown to over 130 stores throughout Europe, and was mentioned at both the Manchester Evening News Business of the Year Awards and the Growing Business Awards. Vadera makes his home in Bolton with his wife Rita and two songs. He's a Manchester City ticket holder. 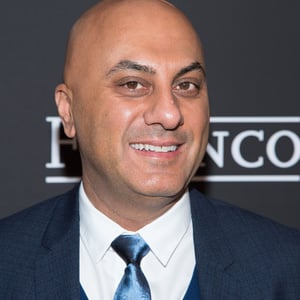