Sam Nazarian net worth: Sam Nazarian is an Iranian/American businessman and entrepreneur who has a net worth of $150 million. And even though he has the net worth of a much older man, he remains one of the youngest and most powerful executives in America, having recently been named one of the "Top 100 Most Powerful People in Southern California" by the Los Angeles Times.

Nazarian's path to stardom in the world of business began after he migrated to the United States after the Iranian Revolution. In his new home of Los Angeles, California, he used his parents' wealth to start his first company at the young age of 23. By 1979, Platinum Wireless was the number one distributor of Nextel software in southern California. After that, Nazarian started SBE, which would later become one of the top hospitality companies in America. It handles everything from hotels, to nightclubs, to restaurants and even real estate. In 2007, Nazarian (through his company SBE) even got involved in casinos by purchasing the Sahara Hotel & Casino. As if that weren't enough, Nazarian has recently branched into the film industry, serving as executive producer on movies like Waiting…, Mr. Brooks, and College. Sam Nazarian is clearly a good businessman with an eye for diverse and eclectic investments. 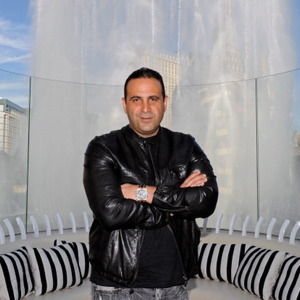