What is Sam Gores' Net Worth?

Sam Gores is an American talent agent who has a net worth of $150 million dollars. Sam Gores is regarded as one of the top agents in Hollywood. He is best known as the chairman of Paradigm Talent Agency in Beverly Hills, which represents around 1,000 artists such as Jason Mraz, Ed Sheeran, Toby Keith, and Janelle Monáe. Gores is also involved in public advocacy, and serves on the board of directors of the Geffen Playhouse.

His brothers Alec Gores and Tom Gores are both private equity multi-billionaires.

Sam Gores was born in 1954 in Nazareth, Israel. He has two brothers and three sisters. Both of his brothers, Alec and Tom, are founders of private equity firms, and have been listed by Forbes as among the richest people in the world. When Gores was 14, his parents sold the family home and purchased plane tickets to immigrate to the United States. The family settled close to Flint, Michigan, where Gores worked bagging groceries in his uncle's supermarket. During his high school years at Genesee High School, he worked as a butcher. For his higher education, Gores went to the American Academy of Dramatic Arts in New York, before graduating from the Academy's location in Los Angeles in 1976.

Following his college graduation, Gores worked for nearly two years without a salary as an agent at the Gage Group; he sold shoes on the side to make ends meet. Eventually, Gores was invited to become part of the paid staff. After he finished working there, he left to open his own agency, called SGA Representation. Over the subsequent years, Gores expanded the company by acquiring other agencies, including ATM & Associates and the Jack Fields Agency. The business was eventually renamed Gores/Fields. Through the agency, Gores represented such high-profile names as actors Philip Seymour Hoffman and Laurence Fishburne. 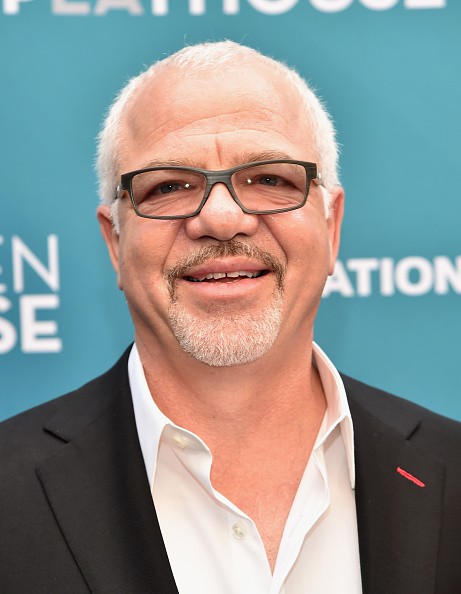 Gores continued to expand his agency via mergers and acquisitions in the early 90s. Eventually, through pacts with STE Representations; Shorr, Stille & Associates; and Robinson, Weintraub, Gross & Associates, he established Paradigm Talent Agency. Originally, the organization's Beverly Hills office was situated on the old MCA Inc. campus. In 2018, it moved to the 82,000-square-foot Wilshire LaPeer building on Wilshire Boulevard. Paradigm also has offices in New York, Chicago, Austin, Berkeley, Nashville, Monterey, London, and Toronto; overall, it employs more than 300 people.

In 2004, Paradigm acquired Genesis and the Writers & Artists Agency, a purchase that brought in several new agents as well as a robust list of television clients, including "Two and a Half Men" co-creator Lee Aronsohn and "24" creator Joel Surnow. Also in 2004, Paradigm acquired the independent music agency Monterey Peninsula Artists; two years later, it acquired the music booking agency Little Big Man. Paradigm continued to increase its reach in the music industry over the ensuing years by acquiring the independent music agencies Ellis Industries and Third Coast Artists Agency. In 2012, it expanded into the electronic dance music realm by forming a joint partnership with AM Only, which had such major clients as David Guetta and Skrillex. A little later, in 2014, Paradigm increased its international market saturation by purchasing a 50% stake in the London-based Coda Agency.

During the COVID-19 pandemic, Gores attracted a great deal of controversy when he laid off a significant portion of Paradigm's staff. He was accused of misleading his employees by firing more than double the amount of people he had originally reported, and for suspending health insurance for those who were laid off. One employee even filed a lawsuit alleging that Gores had engaged in criminal misconduct. In April of 2020, Gores filed a countersuit denying the allegations. The case was ultimately sent to arbitration.

Beyond Paradigm, Gores is active in public advocacy in and outside of Los Angeles. He is a member of the Recording Academy, the Academy of Motion Picture Arts and Sciences, and the Academy of Television Arts and Sciences. Additionally, Gores serves on the board of directors of the Geffen Playhouse, and is an active participant in the non-profit environmental organization Conservation International, which is headquartered in Arlington, Virginia. Due in part to his Israeli background, he is also active in Hand in Hand: Center for Jewish-Arab Education in Israel, a network of bilingual schools for Jewish and Arab children.

In 2003, Gores married soap opera actress Jensen Buchanan, best known for her roles on "One Life to Live" and "Another World." The pair divorced a decade later in 2013. 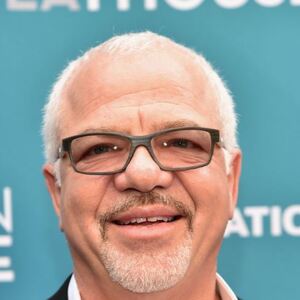