in Richest Business › CEOs
Safra A. Catz Net Worth:
$1 Billion

Safra Catz net worth and salary: Safra Catz is an Israeli American businesswoman and entrepreneur who has a net worth of $1 billion. Safra Catz became the co-CEO of Oracle in 2014. She has been with the company for over 15 years and is one of the world's highest paid female executives earning $38 million in 2014.

Catz has helped acquire more than 85 businesses to help Oracle become the dominant player in enterprise technology. Catz became Co-President and Chief Financial Officer in 2011 and reports to company CEO and Founder Larry Ellison. When it was announced that Ellison would step down as CEO in 2014 Catz and Mark Hurd became the new CEOs of Oracle. Catz graduated from the Wharton School of the University of Pennsylvania and earned her J.D. from the University of Pennsylvania Law School. She has been a director of the HSBC Group since 2008 and is a lecturer at the Stanford Graduate School of Business. Catz was ranked #27 on the inaugural Forbes list of America's Richest Self-Made Women in 2015. 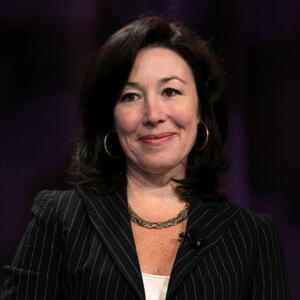