Russ Leatherman is an American entrepreneur and voice actor who has a net worth of $50 million. Russ Leatherman has earned his net worth as co-founder of the Moviefone Company in 1989, since the companies launch Leatherman his been the voice of "Mr. Moviefone" Moviefone is the nation's most popular movie guide, with its trademarked greeting "Hellooo and Welcome to Moviefone!

This greeting has been used as a featured skit in several programs such as The Simpsons, Saturday Night Live, Late Night with Conan O'Brien, the 2005 Academy Awards, VH1's I Love the 90's, Fair Game and it was also the plot of a famous episode of Seinfeld. He has also been a movie critic and some of his reviews are seen on CNN, CNN Headline News, ABC-TV, CBS's The Early Show, Fox News, MSNBC, NPR and The Daily Buzz which is a nationally syndicated morning show. His reviews are also heard on such top rated radio stations nationwide such as: Z100 in New York, KRTH-FM in Los Angeles and Westwood One. He attended and graduated from the University of Idaho, where he earned a degree in Television and Radio. His movie guide company Moviefone was bought by AOL in 2000. Leatherman has been a guest on many national talk shows including: The Late Show with David Letterman, The Oprah Winfrey Show, The Ellen DeGeneres Show, Opie and Anthony, The Howard Stern Show and The Caroline Rhea Show. He has been profiled in many major publications like Time Magazine, People, Entertainment Weekly, Life, Vanity Fair, as well as The New York Times. 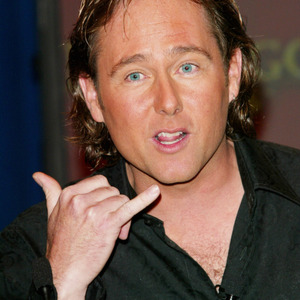