Rohan Oza net worth and salary: Rohan Oza is an American businessman who has a net worth of $200 million. Frequently referred to as "the brandfather", Rohan Oza is a business executive who has a golden touch when it comes to high-profile celebrity-backed marketing deals. He got his first big success with the Sprite and Powerade brands while working at Coca-Cola in the early 2000s.

Oza was very early to recognize the marketing power of the hip-hop world and youth culture. He started a campaign where he supplied unlimited Sprite to various DJs. He even organized a Sprite DJ summit where Coca-Cola was able to tap into the minds of some of the most influential people in hip-hop to make their brand more appealing to the urban demographic. Based on the feedback he received at this summit, Oza crafted an ad campaign that featured 5 linked commercials that told a connected story using Japanese animation and imagery from hip hop pioneers such as Afrika Bambaataa. The commercials were a smash hit. The final commercial aired during the Billboard Music Awards. Within a year, Sprite's sales had skyrocketed. Rohan was soon put in charge of Powerade and created similar success. In 2001, Rohan left Coca-Cola to take over the marketing of a new drink called Vitamin Water. It was Oza's idea to hire 50 Cent to appear in the brand's early campaigns that put Vitamin Water on the map. In 2007, Oza's former company Coca-Cola, acquired Vitamin Water or $4.2 billion. In 2016, Oza brought Justin Timberlake on as an investor and endorser of the antioxidant drink Bai. The Dr. Pepper Snapple Group bought Bai Brands for $1.7 billion. Today Rohan Oza can be seen as an advisor on the ABC show Shark Tank. 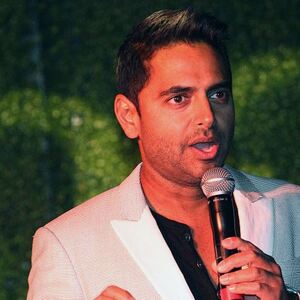