Roger Jenkins net worth: Roger Jenkins is a British financier who has a net worth of $100 million dollars. Reports have estimated that between 2005 and 2009 Roger earned around $60 million while working for Barclays. He was reported as the highest paid banker in London during that time frame. He worked at Barclays from 1994 to 2009.

Roger Jenkins was born in England in September 1955. Jenkins attended Edinburgh Academy and then studied economics at Heriot-Watt University. He was an accomplished sprinter and won a silver medal at the World Student Games in 1975. He worked at BP before joining Barclays as a graduate trainee. Jenkins left to work for Kleinwort Benson for seven years, but came back to Barclays in 1994.

Roger worked in many roles while at Barclays, including as Chief Executive of Barclays Capital's Private Equity Group, and as Executive Chairman of Investment Banking and Investment Management for the Middle East.

In 2008 he was involved in securing the 7.3 billion pound investment in Barclays made by the ruling families of Abu Dhabi and Qatar.

Jenkins left Barclays in 2009. He started the advisory firm Elkstone Capital in 2010. In 2011 he became a member of the Management Committee and Investment Committee of the Brazilian bank BTG Pactual.

Personal Life: Jenkins was married to Catherine McDowell for a number of years starting in 1980. They had one child together.

In 1999 he married one-time Bosnian refugee Sanela Diana Catic, who today is better known as Sanela Diana Jenkins. They had two children together before separating in 2009 and divorcing in 2011. They later described their breakup as "the happiest divorce ever". As part of the divorce Diana received an estimated settlement of $300 million, which for a time made Diana one of the richest women in the UK.

In 2012 Roger made headlines when he began dating super model Elle Macpherson. The pair attended the White House Correspondent's dinner together.

In 2018 Roger married a Brazilian actress he met in Los Angeles named Larissa Andrade. She is 29 years his junior. 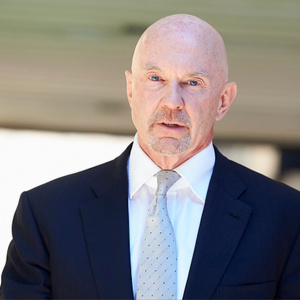