Rocky Wirtz is a chairman of NHL's Chicago Blackhawks who has a net worth of $500 million. Rocky Wirtz also gained his net worth as president of Wirtz Corporation as well as overseeing a number of commercial companies. Wirtz grew up within the walls of Chicago Blackhawks, as his grandfather, Arthur Wirtz, brought the team in 1954.

Over 50 years later, Wirtz became chairman of Chicago Blackhawks following the death of his father in 2007. It is safe to say that he was responsible for the recent success of the team as in 2010 they won the Stanley Cup. In addition to bringing success to Chicago Blackhawks, he served as the co-chairman of the Executive Committee of Chicago's United Centre and is a member of the National Hockey League's Executive Committee. The father of three also manages Wirtz Beverage Group, a leading distributor in premium alcoholic drinks. Named the Wholesaler of the Year by Beverage Industry magazine, Wirtz Beverage Group makes nearly 2 billion a year. He also oversees Wirtz Insurances as well as banking interest at First Security Trust and Savings and First National Bank of South Miami. In the five years since Wirtz took over the leadership roles, he received numerous recognition for many successes for each company. He was awarded the Chicago Innovation Award. 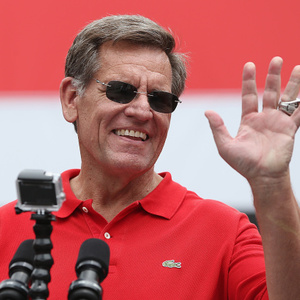