What was Rocky Aoki's Net Worth?

Rocky Aoki was a Japanese-American amateur wrestler and restaurateur who had a net worth of $40 million at the time of his death in 2008. He was best known as the founder of the Japanese cuisine restaurant company Benihana, which owns or franchises over 100 franchises across the globe.

Aoki also garnered infamy in 1998 when he was charged with insider trading related to Spectrum Information Technologies, Inc.

His son Steve Aoki is one of the most famous and richest DJs in the world. And his daughter Devon Aoki is a highly successful model and actress.

Rocky Aoki, whose real name was Hiroaki Aoki, was born on October 9, 1938 in Tokyo, Japan to parents Yunosuke and Katsu. As a youth, he formed a rock band with his friends called Rowdy Sounds; he later decided to forgo music for a career in athletics. Aoki went on to attend Keio University, where he competed in karate, wrestling, and track and field. However, he was eventually expelled for fighting. As a wrestler, Aoki qualified for the 1960 Summer Olympics in Rome, but chose not to compete. He was subsequently offered wrestling scholarships from a number of American colleges, and ended up enrolling at Springfield College in Massachusetts. Aoki later transferred to CW Post College in Long Island, New York. In the United States, he became a minor wrestling sensation, winning the flyweight title in three consecutive years: 1962, 1963, and 1964. Aoki was later inducted into the National Wrestling Hall of Fame in 1995.

Turning his focus toward restaurant management, Aoki enrolled at New York City Community College to study the trade. While there, he worked in an ice cream truck that he rented in Harlem. Upon graduating with his associate degree in management in 1963, Aoki used $10,000 he saved from his ice cream business to persuade his father to help him invest in the first Benihana location on West 56th Street. It was his father who suggested the name of the restaurant, which is taken from the Japanese name for safflower. The family legend goes that Aoki's father was traveling through the ruins of postwar Tokyo when he happened upon a lone red safflower sprouting from the rubble.

Aoki's concept for Benihana was based on the teppanyaki style of Japanese cuisine, which involves an iron griddle used to cook dishes such as steak, noodles, shrimp, chicken, and various vegetables. Building on this concept, he wanted the meals to be theatrically prepared in front of patrons by a wisecracking, knife-wielding chef. In 1968, Benihana opened its first restaurant outside of New York City in Chicago. Later, in 1982, the company went public with Joel Schwartz as president. Benihana went on to expand considerably, purchasing the Haru and RA Sushi restaurants and opening franchises around the world. Among its locations beyond the United States are Panama, Brazil, Romania, the United Kingdom, Lebanon, and India. 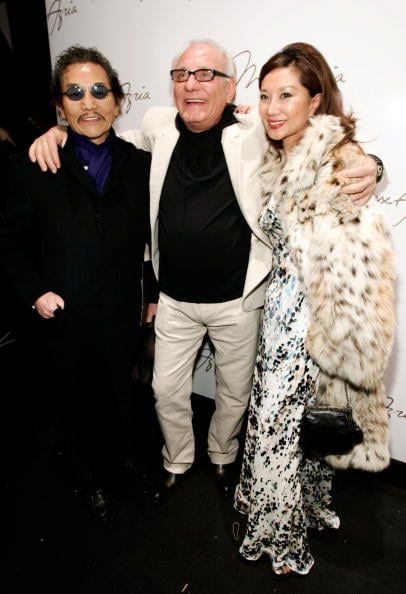 In June of 1998, Aoki was charged with insider trading, from which he made a profit of over $590,000. He was charged based on his trading of inside information relating to the company Spectrum Information Technologies, Inc. According to the indictment, Aoki learned via stock promoter Donald Kessler that Spectrum was about to hire Apple Computer Inc. chairman John Sculley as its new chairman. Consequently, he purchased 200,000 shares of Spectrum stock, which paid off when Spectrum's stock rose 46% on the day that Sculley's hiring was publicly announced. In 1999, Aoki pleaded guilty to the charge; he was fined $500,000 and given three years of probation.

Aoki was married a total of three times during his life. His first wife was Chizuru Kobayashi Aoki, whom he wed in 1964. The pair divorced in 1981. Next, Aoki was married to Pamela Hilburger Aoki from 1981 until their divorce in 1991. His final wife was businesswoman Keiko Ono Aoki, with whom he was with from 2002 until his passing in 2008. Aoki had seven children between his marriages, including Grace, Kyle, Kevin, and Echo. In 2005, he sued these four offspring for their alleged attempt to take control of his companies. Aoki is also the father of Steven, an accomplished DJ and record producer who is heir to the Benihana fortune. Meanwhile, his daughter Devon is a fashion model and actress who has appeared in such films as "Sin City," "DOA: Dead or Alive," and "Mutant Chronicles."

In July of 2008, Aoki passed away from pneumonia in New York City. He had been suffering from a number of conditions at the time of his death, including diabetes and cirrhosis of the liver. Additionally, Aoki had reportedly had Hepatitis C as a result of a blood transfusion in the late 70s. 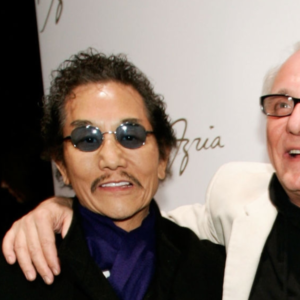