What is Robert Vadra's net worth?

Robert Vadra was born on April 18, 1969. He never graduated high school. Robert and Priyanka Gandhi met at a mutual friend's house and married in February 1997. Together they have two children, Raihan and Miraya. Despite marrying a family with a strong history of politics, Vadra reportedly does not interfere with any policy making, insisting that he's entirely focused on his business career.

Robert has experienced a number of personal tragedies over the years. His sister, Michelle, died in a car accident in 2001. His older brother, Richard, was found dead in at his home in 2003. His father Rajinder hanged himself in 2009. It was reported that Rajinder disowned his son (Robert) after he married Priyanka Gandhi.

For much of his life, Robert's main business focus was a jewelry export company called Artex. 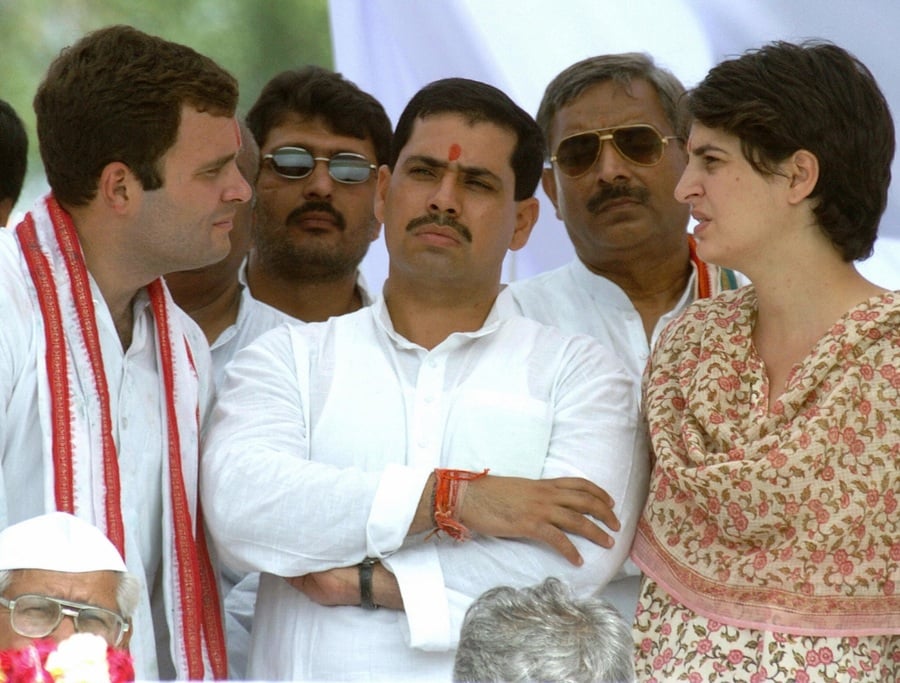 In 2007 Robert reportedly formed a business called Sky Light Hospitality Private Ltd with an initial investment of under $2,000.

According to a 2014 report in the Wall Street Journal, in 2008 Sky Light paid $1.3 million for a 3.5-acre plot of undeveloped land in a suburb of New Delhi. Two months after acquiring the land he applied for a permit to convert the land's usage from agricultural to commercial. When that approval came three weeks later, the land instantly sky-rocketed in value.

According to the same 2014 report in the Wall Street Journal, Robert reportedly began acquiring tracts of land in the western Indian state of Rajasthan in 2009. Not long after he made his first purchase, the federal government announced a plan to build a large solar-energy production facility in the area. He reportedly continued to buy land and soon after, the government would announce additional solar projects. In another example, in 2010 Sky Light reportedly paid $70,000 for 94-acres in the area. One week later the federal government announced plans to turn the area into solar power center with generous tax incentives. In January 2012 he allegedly sold this specific lot at a 10X return.

Between 2008 and 2012 Sky Light reportedly bought 2,000 acres of land in Rajasthan, spending a total of $1 million in the transactions.

No legal authority accused Robert of anything illegal, but there have certainly been whispers and allegations of corruption.

According to the Wall Street Journal, Vadra sold at least $12 million worth of real estate between roughly 2007 and 2012, and as of 2014 owned additional real estate worth a minimum of $42 million.