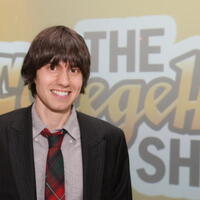 Ricky Van Veen net worth: Ricky Van Veen an American internet CEO who has a net worth of $25 million. Ricky Van Veen is the co-founder and current CEO of CollegeHumor.com. Van Veen co-founded CollegeHumor.com with Josh Abramson in 1999. Over the next several years the site grew to attract millions of monthly visitors who enjoyed CollegeHumor's videos, images, illustrations and articles. As of this writing, Collegehumor.com is the 2377th largest website on the internet (according to Alexa.com). CollegeHumor would eventually branch into the TShirt business with their company BustedTees, and a production company that has been involved with TV and film. The website has also produced several television series and hopes to branch out in to movies. In 2006, CollegeHumor was acquired by InterActiveCorp (IAC) for $25 million. Before the acquisition, the company was earning $15 million per year before the acquisition. Ricky is also one of the founders of Connected Ventures which owned an early stake in video site Vimeo. Ricky Van Veen was born in Lutherville-Timonium, Maryland U.S. In February 2013 it was reported that Van Veen was dating "Girls" star Allison Williams, daughter of NBC newsman Brian Williams. In February 2014, Van Veen and Williams announced that they were engaged.