What is Rick Hendrick's Net Worth?

Rick Hendrick is an American businessman, entrepreneur, and retired race car driver who has a net worth of $1 billion. Rick Hendrick is best known for being the owner of the NASCAR team Hendrick Motorsports. He also owns the Hendrick Automotive Group and has 140 franchises in 14 different states. Rick serves as chairman of the company, which is the United States' sixth-largest dealership. He has owned the Hendrick Motorsports racing team since 1984 and has four full-time drivers: Jimmie Johnson, Chase Elliott, Alex Bowman, and William Byron. His former drivers include Jeff Gordon, Dale Earnhardt, Jr., and Kasey Kahne. Hendrick Motorsports has won 12 Monster Energy Cup Series championships (now known as the NASCAR Cup Series).

Rick Hendrick was born Joseph Riddick Hendrick III on July 12, 1949, in Warrenton, North Carolina. His parents, Mary and Joseph, raised Rick and his brother, John, on a farm near Palmer Springs, Virginia. When Rick was 14, he built a 1931 Chevrolet and started drag racing, and at 16, he won the Chrysler-Plymouth Troubleshooting Contest (Virginia division). Hendrick attended Park View High School in Virginia, and though he originally considered a career in baseball, he enrolled in a co-op work study program after graduation offered by Westinghouse Electric Company and North Carolina State University.

After college, Hendrick opened a small used-car lot and became the general sales manager at age 23. After buying a Bennettsville, South Carolina, franchise, Rick became America's youngest Chevrolet dealer at 26 years old and went on to found Hendrick Automotive Group, which employs more than 10,000 people. In 2016, the company earned $9 billion in revenue. 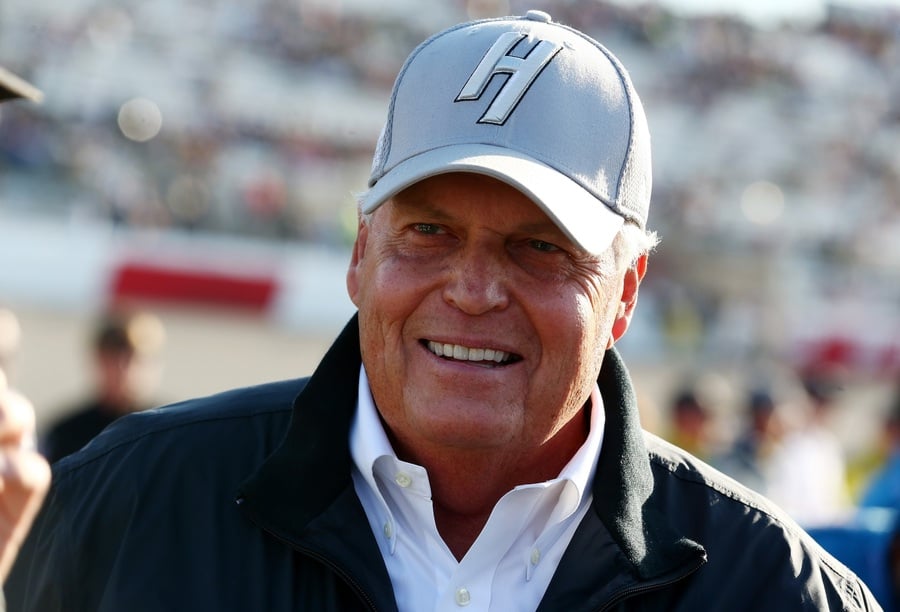 Rick met his future wife, Linda, at an ice cream parlor, and they went to on have two children, Ricky and Lynn. Ricky grew up to be a race car driver, but in 2004, he tragically died in a plane crash at the age of 24. Nine other people died in the crash, including Rick's brother and two of his nieces. In 2011, Rick and Linda were on a plane that crash landed at Key West International Airport; Linda's injuries were minor, but Rick ended up with a fractured clavicle and three broken ribs.

Hendrick was diagnosed with chronic myelogenous leukemia in 1996 and has been in remission since 1999. In 1997, Rick was sentenced to a year of home confinement, a $250,000 fine, and three years' probation after pleading guilty to mail fraud.

Rick admitted to giving BMWs, houses, and large amounts of money to American Honda Motor Company executives in the 1980s, but President Bill Clinton pardoned him in 2000.

In 1997, Rick and Linda founded the Hendrick Marrow Program, which raises money to add potential donors to the Be The Match Foundation's registry and helps patients pay for transplant costs that aren't covered by insurance. In 1999, the Be The Match Foundation honored Rick and Linda with their Leadership for the Life Award. Hendrick also supports Charlotte's Levin Children's Hospital and The Hendrick Foundation for Children, which was founded by his late brother in 2004. In 2016, Rick and Linda formed the Hendrick Family Foundation, and the Hendrick Marrow Program (which has raised over $15 million since its inception) is now part of that foundation. The Hendrick Family Foundation supports charities that were established by Hendrick Motorsports drivers, such as the Chase Elliott Foundation, which offers financial support to other charitable organizations, and the Jimmie Johnson Foundation, which has contributed to several charities and raises funds for K-12 public education through their Jimmie Johnson Foundation Champions Grant program. 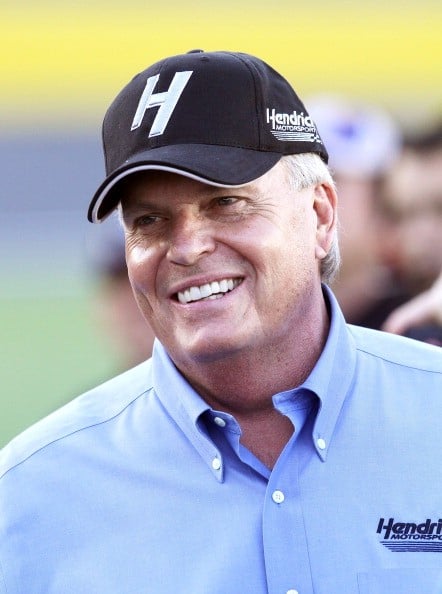 In 1996, Hendrick received The Order of the Long Leaf Pine, the highest civilian honor given in the state of North Carolina. That year, he also received a Horatio Alger Award from the Horatio Alger Association of Distinguished Americans. In 2009, Rick won the Bill France Award of Excellence at the Sprint Cup Series Awards Ceremony, and he received the Automotive News Lifetime Achievement Award in 2014. Hendrick has been inducted into the NASCAR Hall of Fame (2017), the International Motorsports Hall of Fame (2013), and the Motorsports Hall of Fame of America (2020). 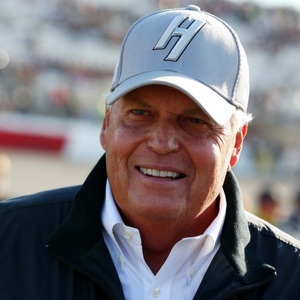