Richard Thalheimer net worth: Richard Thalheimer is an American entrepreneur, lawyer, author, and investor who has a net worth of $300 million. He is best-known for being the founder and former CEO of high-end retail store The Sharper Image.

While still a law student, the 24-year-old Richard Thalheimer started an office supply business with $500 worth of copier paper called Thalheimer Business Systems. He later named his enterprise The Sharper Image in part to help promote the quality of prints available from his copy machines. After graduating from law school in 1974, Thalheimer passed the California bar exam and practiced law in San Francisco for a year.

The Sharper Image: Richard's business success story was launched by a $69 Realtime watch for runners, which he discovered at a 1977 Las Vegas trade show. Impressed to find a genuine chronograph that was waterproof and shock-resistant, but still affordable, Richard was determined to acquire its exclusive US distribution.

This watch became the first major consumer hit of his new company, The Sharper Image. With a stroke of marketing genius, Richard convinced his friend, legendary ultra-marathoner, Walt Stack to feature wearing his watch in a full-page Runner's World ad. The headline copy grabbed the reader's attention, saying, "Finally, a chronograph that keeps up with amazing Walt Stack."

As the watch orders poured in, Richard was already one step ahead; using his legendary ability to spot the products that would connect with the child in every adult man and woman for his first mail-order catalog. He described his mission in life as "Picking out fun toys for grown-ups."

First to Market: The "toys" Richard sought out and marketed via The Sharper Image included the precursors to what we would now consider life essentials such as the first cordless telephone, the first telephone answering machine, the first handheld computer and the first iPOD. Others, like the Ionic Breeze and Razor scooter (the most popular gift of 2000) anticipated emerging consumer trends. In 1991 the company set up Sharper Image Design to develop and patent its own products.

Razor Scooter: On an outing searching for new products, Richard spotted the Razor scooter at a Chinese toy fair in Hong Kong and brought it to the United States. He negotiated an exclusive 24-month deal and sold a million of them in the first year. It was later heralded as the biggest gift of the year. Richard was personally responsible for bringing this toy to the masses.

People loved looking at, touching, feeling and buying unusual gadgets in stores. So much that The Sharper Image became one of the hottest retail success stories of the 1980s.

By 1985, The Sharper Image was grossing $100M in sales — completely self-funded, with no outside capital or debt.

Richard pushed the company through a very risky expansion by opening nine stores in 1985 that cost about $5M. The company's net worth was $2M at the time. If the expansion failed, he knew The Sharper Image would be out of business. But he struck gold again, eventually opening 200 retail locations by 2005.

Publicly Traded: On February 2, 1987, The Sharper Image Corporation became a publicly listed company on the NASDAQ Stock Exchange. Years later, on April 22, 2002, Richard and several members of his executive team were invited to the New York Stock Exchange to ring the opening bell. At its peak, The Sharper Image employed more than 4,000 employees and had almost 200 retail stores from San Francisco to London.

The Sharper Image catalog itself became a cultural icon and a darling of Hollywood's A-listers, many of whom Richard featured in the catalog before they were known. Raving movie fans spotted The Sharper Image in The Firm featuring Tom Cruise, When Harry Met Sally with Billy Crystal and Meg Ryan, Snow Dogs with Cuba Gooding Jr. and Sex In the City. Many consumers remember The Sharper Image card used in A View to Kill with James Bond.

Departure: He left the company in 2006, after enjoying the successes of its peak annual revenues of more than $750M. In 2007 he sold the remainder of his 21% stake in The Sharper Image to a hedge fund for $25 million. In 2008 the company filed for bankruptcy and all of its stores closed later that same year.

After The Sharper Image: A year after stepping down from Sharper Image, Richard Thalheimer started his own retail online store, RichardSolo.com. He continues the business as a side hobby today.

In 2010, Richard Thalheimer began a serious investment career after studying with the Najarin Brothers. In 2015, he launched his private fund, The Sharper Fund known for its aggressive formula, which includes put options, long call options, and holding stock positions in US publicly listed companies that have instant liquidity.

Richard wrote his insights into the 2004 business book, Creating Your Own Sharper Image. The audio version features Richard's voice

Real Estate: In 2014, Richard sold his longtime home in San Francisco for $10.1 million. His primary residence is a $20 million mansion in Ross, California which is located just north of San Francisco in Marin County. He owns a second home in Sonoma County, CA.

Richard regularly flies his Cessna 182 airplane around the Northwest States and rides his Harley-Davidson Tri Glide in the hills of Sonoma County on a weekly basis. 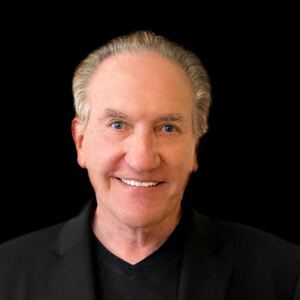