Richard Schulze net worth: Richard Schulze is an American businessman who has a net worth of $2.9 billion dollars which makes him one of the richest people in Minnesota. Born in St. Paul, Minnesota, Richard Schulze graduated from Central High School and then joined the Minnesota Air National Guard. He went on to found the "Sound of Music Store" in St.

Paul in 1966. "Sound of Music" would eventually become known as Best Buy. Best Buy went public twenty years later and was the second largest electronics retailer in the US throughout the early to mid-90s. Mr. Schulze served as CEO until 2002, and then became Chairman of the Board. The company has struggled over the course of the last ten years, finding it hard to compete against online video, music, and electronics companies such as iTunes and Amazon. During the summer of 2012 they closed 50 locations around the US, and let 2,400 employees go. Mr. Schulze stepped down as Chairman in May of 2012, after it was revealed that he knew about a relationship between (now former) CEO, Brian Dunn, and a female employee. 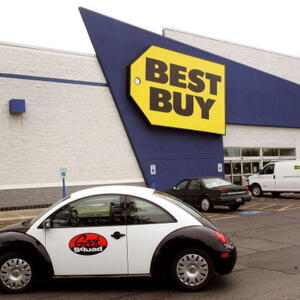