Richard Rosenblatt Net Worth: Richard Rosenblatt is an American entrepreneur and media mogul who has a net worth of $100 million dollars. Born in 1969 in Woodland Hills, California, Richard Rosenblatt graduated from UCLA before earning his J.D. at the University of Southern California Law School in 1994. Rosenblatt only lasted for six months at his first job with a law firm before he co-founded iMALL, an online company designed to help businesses do commerce over the web.

Two years in, he became the CEO and later Chairman of the Board. By 1999, Rosenblatt's company was selling technology to IBM and soon he sold the entire business for more than $500 million to [email protected] He went on to work for several other companies, including DrKoop.com, Superdues.net and Intermix Media, where he helped pilot Myspace.com to success. Though Rosenblatt was not named, former New York Attorney General Eliot Spitzer sued Intermix for installing software covertly and without the permission of consumers. A few years later, Rosenblatt was part of another lawsuit filed against Intermix, this time by the company's founder and ex-CEO, Brad Greenspan. Rosenblatt eventually went on to found Demand Media with business partner Shawn Colo. That company, today known as Leaf Group, owns dozens of websites, including eHow, and Livestrong.com. Rosenblatt owns a series of nightclubs in Southern California and occasionally lectures at UCLA. The 2008 USC Entrepreneur of the Year is married to his wife, Lisa, and they have two children together. In addition to his various tech and internet businesses, Rosenblatt is one of the co-owners of three nightclubs in Southern California – one in San Diego, one in Venice, and one in Santa Monica – all three going by the tongue in cheek name "Air Conditioned. The first, the one located in San Diego, was established in 2002. 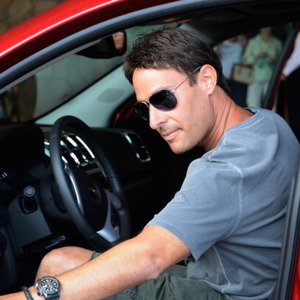