Richard Hayne net worth: Richard Hayne is an American businessman who has a net worth of $800 million which makes him one of the richest people in Pennsylvania. At various times in his life Richard has been a billionaire. He ended 2019 with a net worth of $1.4 billion. Unfortunately, sagging profits caused him to lose billionaire status.

A resident of Philadelphia, Pennsylvania, Richard Hayne graduated from LeHigh University with a degree in Anthropology in the late 60s. A year after graduating, he opened a store called, Urban Outfitters, on the campus of the University of Pennsylvania. His company now has three stores, Urban Outfitters, Free People, and Anthropologie, and over 200 locations. The company also recently launched a new series of gardening stores called, Terrain, and BHLDN, a store devoted to clothing for weddings. He has served as Chairman and President since 1976, and became CEO in January 2012. A staunch supporter of the Republican Party, Urban Outfitters has recently come under fire repeatedly for both political donations, and for selling merchandise that has offended multiple groups. 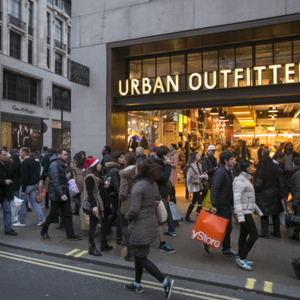