Randall L. Stephenson net worth and salary: Randall L. Stephenson is an American telecommunications executive who has a net worth of $140 million. Randall L. Stephenson was born in Oklahoma City, Oklahoma in April 1960. He began serving as the chairman, chief executive officer, and president of AT&T Inc. in 2007. From 2016 to 2018 he served as the 36th President of the Boy Scouts of America. Randall L. Stephenson graduated from the University of Central Oklahoma and earned his MA from the University of Oklahoma. He worked for Southwestern Bell Telephone and then was mentored by Carlos Slim at Telefonos de Mexico. He became chief financial officer for SBC in 2001 and served as chairman of the board of directors for Cingular Wireless before being named chief operating officer of SBC and serving on the National Security Telecommunications Advisory Committee under President Bush. In 2016 he was named CEO of the Year by Chief Executive magazine. 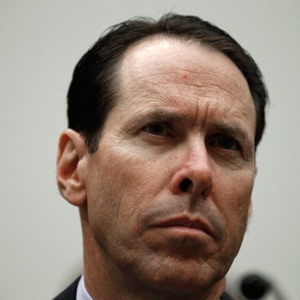