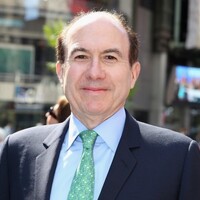 Philippe Dauman net worth and salary: Philippe Dauman was born in New York, New York and has an estimated net worth of $300 million dollars.  Philippe Dauman showed early promise, scoring a perfect 1600 on his SATs at age 13.  After graduating from Yale University and Columbia University Law School, he took a job working for the law firm of Shearman and Sterling.  His work there would subsequently bring him into contact with Sumner Redstone, who he ended up advising through Mr. Redstone's takeover of Viacom.  He was assigned to Viacom's Board of Directors by Redstone and six year later, became the company's Senior Vice President.  He also served as Director of CBS from 2005-2006.  Since 2006, he has served as the President and CEO of Viacom.  In addition to his work in the entertainment industry, he is also the director of Lafarge, a French manufacturing company, and is on the Board of Directors of the KIPP Foundation, which is a network of free, college-preparatory schools in low-income communities.