What is Phil Knight's Net Worth?

Phil Knight is an American businessman, sports fan and philanthropist who has a net worth of $40 billion. Phil Knight earned his net worth as the founder and largest individual shareholder of Nike Inc.

Philip Hampson Knight was born in Portland, Oregon, on February 24, 1938. His parents are Lota Knight (née Hatfield) and Bill Knight, was a lawyer and later a newspaper publisher. Knight was raised in the Portland neighborhood of Eastmoreland, and graduated from Cleveland High School. He then continued his education at the University of Oregon, where he was a member of the Phi Gamma Delta fraternity, worked as a sports reporter for the Oregon Daily Emerald, and was a middle-distance runner. He graduated from college in 1959 with a degree in journalism.

Following his graduation from the University of Oregon, Knight enlisted in the United States Army, serving one year of active duty and then seven years in the Army Reserve. Following the end of his active duty, Knight enrolled at Standard Graduate School of Business, graduating in 1962 with a master's degree in business administration. He then set out on a graduation trip which included a stop in Kobe, Japan, where he discovered Tiger brand running shoes, manufactured by Onitsuka Co. in Kobe. He was very impressed by the quality of the shoes and their low cost, and managed to set up a meeting between himself and Mr. Onitsuka. This is how he secured the distribution rights for Tiger in the western United States.

While he was waiting for the first Tiger samples to be shipped to Portland, a process which took more than a year, he took a job as a Certified Public Accountant (CPA) with Coopers & Lybrand, then with Price Waterhouse. He also taught as an accounting professor at Portland State University (PSU). After he eventually received the Tiger running shoes, he sent samples to Bill Bowerman, his old track coach at the University of Oregon. Not only did Bowerman actually place an order for the shoes, he actually propositioned Knight to become his business partner. Thus, on January 25, 1964, Blue Ribbon Sports (BRS) was founded; this is the company that would later become Nike.

Subsequently, Knight began selling the Tiger shoes out of his car, a green Plymouth Valiant, at various track meets across the Pacific Northwest. By 1969, he was making enough money from these sales to quit his accountant job and work for Blue Ribbon Sports full-time. The company was renamed Nike, after the Greek winged goddess of victory, at the suggestion of their first employee, Jeff Johnson. They got their iconic "swoosh" logo from graphic design student Carolyn Davidson in 1971, paying her $35 for the commission. She was later given an undisclosed amount of Nike stock. Over the next four decades, Knight grew Nike from a tiny upstart shoe company, into one of the largest and most famous brands of all time. In November 2004, he resigned as Nike's CEO, but he stayed on with the company as the chairman of the board. In June 2015, Knight announced he was stepping down as Nike's chairman, and he officially retired from the company's board at the end of June 2016.

In addition to his work at Nike, Knight also had a hand in the success of the animation studio Laika. The Will Vinton Studios, an animation company, had sought external investors due to rapid growth in the late 1990s. Knight took on a 15 percent stake in the company in 1998, and his son Travis joined the company as an animator. Eventually, Knight purchased Will Vinton Studios, and in 2003 he branded the company under the new name Laika. Laika's first feature film was the stop motion animated film "Coraline" (2009). Travis knight has since been promoted to be the CEO and president of Laika. 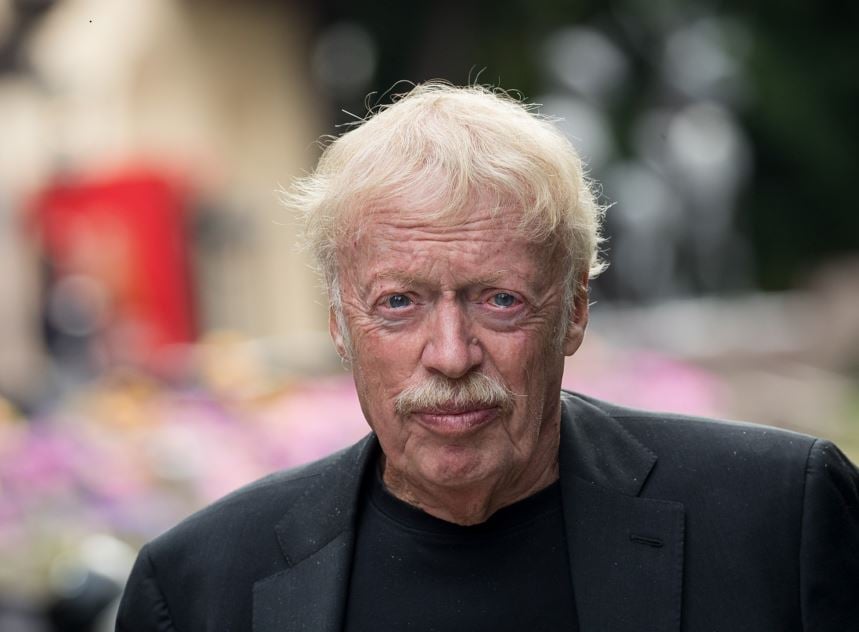 Other Work and Philanthropy

In April 2016, Simon & Schuster published Knight's memoir, "Shoe Dog". Knight has given more than $1 billion to charity, including a $500 million donation to the University of Oregon Health & Science cancer center; $400 million to Stanford University to start the Rhodes Scholarship-inspired Knight-Hennessy Scholars graduate-level education program; and $105 million to the Standford Graduate School of Business.

In 1963, Phil Knight married Penelope "Penny" Parks and they had three grown children, Matthew, Travis, and Christina. The couple had first met while he was working at Portland State University. In 2004, Matthew unfortunately passed away while scuba diving in El Salvador due to an undetected congenital heart defect. Phil and his wife Penelope now live in Beaverton, Oregon. Phil and Penny, have been long time contributors and supporters for the University of Oregon athletic fund and have been honored by many times over by the school. The school even named the library after his mother and his father's name appears on the law school, and the Matthew Knight Arena was named in honor of their late son in 2011. Because of all the contributions Phil Knight has given to sports, he was inducted in the Oregon Sports Hall of Fame.

Phil Knight controls 24 percent of the world's largest athletic shoe and sports apparel company, Nike. He holds Class A and Class B shares through a Delaware-based holding company appropriately named "Swoosh". Knight's son Travis owns 10 percent of Swoosh, although they are still credited to Phil. Nike also owns the Converse and Jordan brands. 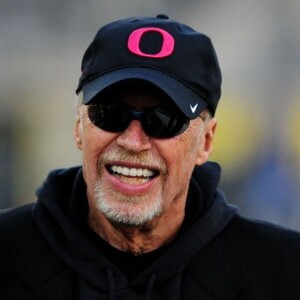