Pham Nhat Vuong net worth: Pham Nhat Vuong is a Vietnamese entrepreneur who has a net worth of $8 billion. Pham Nhat Vuong is the founder and chairman of the directors' board of Vingroup, a conglomerate with interests in real estate, hotels and healthcare. Pham Nhat Vuong is the Vietnam's first billionaire and one of the most influential people in the country. Having graduated from the University of Moscow in Russia, he moved to Ukraine where he started the instant noodles maker Technocom. In 2001 he got back to Vietnam to deal with real estate, eventually selling his foods company to Nestle in 2009. Next, he merged his Vincom and Vinpearl Land in 1993 to create the VinGroup, which has grown into one of the most valuable companies on the Vietnam stock exchange. Outside of his business life, he is married and a father of four. 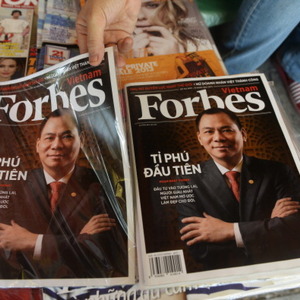