Peter Thomas net worth: Peter Thomas is an Atlanta-based restaurateur and entrepreneur who has a net worth of $300,000. Peter Thomas came to national attention when he was introduced to the world as Cynthia Bailey's boyfriend on Bravo's reality show "The Real Housewives of Atlanta" during Season 3 of the series. The show followed the development of their relationship throughout the 3rd season, Peter's club and restaurant called Uptown closing, the strain on their relationship due to Bailey's family disapproving of Peter, and the season finale which featured their wedding at the Fernbank Museum of Natural History. They spent much of the next year talking about their relationship on various talk shows, and recently celebrated their first wedding anniversary in a lavish ceremony that is was going to be featured on the fourth season of "The Real Housewives of Atlanta". In 2014, Thomas was named in a lawsuit claiming he owes $100,000 in unpaid rent and Thomas insists it was a misunderstanding. The couple lives with Bailey's daughter, Noelle, who also makes occasional appearances on "The Real Housewives of Atlanta." Thomas used to work in PR and artist management and worked with artists including Dr. Dre and Snoop Dogg. He co-wrote the autobiography Carry-On Baggage: Our N Flight with Bailey in 2013. Peter and Cynthia have two daughters named Porsche and Blaze. He also has a son from a previous marriage. As a concert promoter, he was one of the last people to see Notorious B.I.G. in 1997. Thomas began dating Sina Blina in 2017. In March 2019 Peter Thomas was arrested for allegedly writing counterfeit checks. 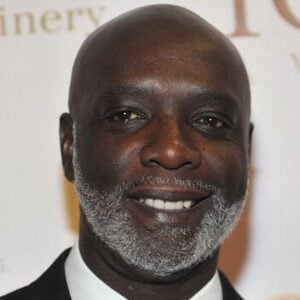