Peter Morton net worth: Peter Morton is an American businessman who has a net worth of $800 million. Peter Morton earned his net worth as the co-founder of the Hard Rock Cafe. Peter's father Arnie Morton founded Morton's Steak House. Peter's son Harry Morton founded the Pink Taco chain of restaurants. For about a year, Peter held he record for the most-expensive home purchase in Los Angeles history after he spent $110 million on a Malibu beach house in April 2018. That record was subsequently broken a number of times.

Early Life: Peter Morton was born in Chicago on August 7, 1947. He attended The University of Denver where he was a member of the Phi Sigma Delta fraternity. Peter learned the restaurant business from his father Arnie who was Hugh Hefner's right-hand-man in Chicago in the 1960s. Arnie's parents had a restaurant in Chicago for 23 years. While working as the Executive Vice President of Playboy Enterprises, Arnie developed the company's chain of Playboy Clubs. He then struck out on his own and founded what would become the popular Morton's Steakhouse chain which he sold for $13 million in 1987.

Hard Rock Cafe: In 1971. Peter and Isaac Tigrett opened the very first Hard Rock Cafe near the Hyde Park Corner of London, England. After some years of success, in the early 1980s, Morton and Tigrett agreed to expand globally on separate tracks. Morton was in charge of what they called "Hard Rock America". He proceeded to open locations in San Francisco, Chicago, Houston, Las Vegas, San Diego, La Jolla, Newport Beach, California, Sydney and Melbourne, Australia, Honolulu and Maui, Hawaii.

In 1995, Peter sold most of his locations to The Rank Organization for $410 million in cash. He retained ownership of the Hard Rock Hotel & Casino in Las Vegas, Nevada but eventually sold that as well. Morton is the current owner of The Ivy and Morton's Restaurant, both of which are located in Los Angeles.

Personal Life: He is a member of the Museum of Contemporary Art, Los Angeles, and a member of the board of trustees for the Natural Resources Defense Council. He also made a generous donation to UCLA which in turn resulted in the UCLA Medical Plaza Building being renamed the Peter Morton Medical Building.

Real Estate: In April 2018, Peter Morton sold a beach-front home in Malibu for $110 million. At the time, it was the most expensive home sale in LA county history by square footage. 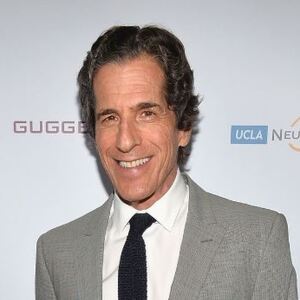