Penny Pritzker net worth: Penny Pritzker is an American business executive, entrepreneur, civic leader, and philanthropist who has a net worth of $2.5 billion. Born to the Pritzker family, one of the most influential families in Chicago, Penny is heir to the Hyatt Hotel and other family fortune. Apart from sitting on the board of Hyatt Hotels, she is the founder, chairman and CEO of PSP Capital Partners and its affiliate, Pritzker Realty Group (PRG), as well as a co-founder and chairman of Artemis Real Estate Partners. This powerful Chicagoan was a key fundraiser for Barack Obama's presidential run in 2008, while she kept a lower profile in the 2012 election cycle. Thus, she was considered to be the front-runner for Commerce Secretary this winter. While Chicago Mayor Rahm Emanuel counts her among his main confidants. Having both the necessary means and will, Penny Pritzker is an avid education advocate. As a member of the Chicago Board of Education, she partners with others to improve public education in Chicago. In addition to education, she donated $5 million to Chicago's Museum of Contemporary Art (an institution she has given to previously) in 2011. 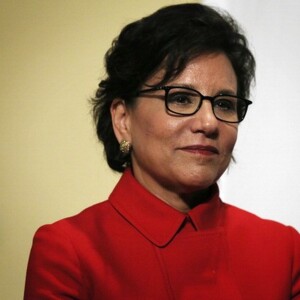