Penny Chenery net worth: Penny Chenery is an American sportswoman who has a net worth of $10 million dollars. Born in New Rochelle, New York, Penny Chenery, also known as Helen Bates Chenery Tweedy, was raised in Virginia, and grew up around horses. Her family owned the celebrated Meadow Farm, a thoroughbred racing and horse-breeding farm.

After her father became ill, she chose to take over the farm, even though her siblings were against it. Within three years of her taking over, the stable had become profitable again. She gained national attention when her horse, Secretariat, became the first Triple Crown winner in 25 years in 1973. She received numerous racing awards, and, along with Martha F. Gerry, and Allaire du Pont, became one of the first women admitted to The Jockey Club in 1983. She also served as the President of the Thoroughbred Owners and Breeders Association from 1976 to 1984. She received the Eclipse Award of Merit in 2006, and The Arlington Park Penny Chenery Distinguished Woman in Racing Award was established in her honor. In 2010, a film version of her story called, "Secretariat", was released. 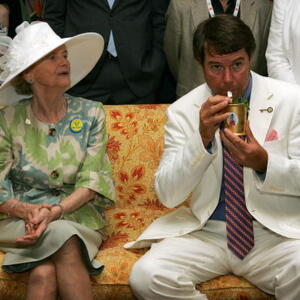