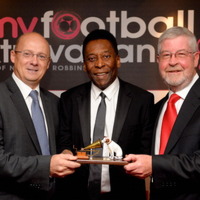 Paul McGowan Net Worth: Paul McGowan is an Irish-native businessman who has a net worth of $48 million. Born in Belfast, Northern Ireland, Paul McGowan is the founder and CEO of the turnaround specialist Hilco UK. Ever since Hilco UK's formation in 2010 as a partnership between UK Management and the Hilco Group in the US, McGowan has been actively involved in the company's deals and administrations including Allders, Littlewoods, Borders, Woolworths, Allied Carpets, as well as more recently Habitat and HMV Canada. Actually, this former accountant was the chief architect of Hilco's acquisitions, most notably the Borders bookshop chain and Allied Carpets. The London-based company also holds offices in Ireland, Germany, Spain and South Africa. As a 20% shareholder in Hilco UK, Paul McGowan saw a rise in his net worth after Hilco's profits jumped 82% to £16.9 million in 2009 with turnover up 96% to £95.8 million.