Early Career: Patrick Whitesell began his professional career working in the mail room of InterTalent, a talent agency. He moved up from the mail room to an agency position during his two years with InterTalent, and then became an agent at United Talent Agency. After two years with United, he moved to Creative Artists Agency, where he spent the next five years. During his time at Creative Artists, he rose from agent to head of the talent department.

Endeavor: In 2001 Patrick moved over to Endeavor Talent Agency. He would later be integral in the group that designed the agency's successful merger with the William Morris Agency.

For a period he served as co-CEO alongside with Ari Emanuel.

William Morris acquired IMG for $2.4 billion in 2013 and the company is known today as WME-IMG. When the company acquired IMG, it did so with the backing of private equity firm Silver Lake. After the acquisition was completed, Silver Lake was given a 51% stake in the new mega-agency. Ari Emmanuel Patrick Whitesell and their original partners were left with 47%. The estimated current value of WME is conservatively $10 billion. At that valuation, Patrick's equity alone is worth $400 million before taxes. When Silver Lake invested, Ari and Patrick were also given 10-year employment contracts that pay annual base salaries of $10 million.

Personal Life and Real Estate: Patrick married former news anchor Lauren Sánchez in 2005. Their star-studded wedding in Santa Barbara reportedly cost $2 million. In 2006, the two paid $11 million for a Beverly Hills mansion. In 2017, they paid $4.5 million for the vacant lot next door to expand their yard. That lot was previously owned by the late director Tony Scott who bought in 2003 for $800,000. Tony's widow sold the lot for $2.85 million to a real estate developer who then sold it to the Whitesell/Sanchezes for $4.8 million. That's a $2 million profit for holding the lot for ONE WEEK. Patrick and Lauren must have really wanted to own it!

Patrick an Lauren's relationship reportedly had been on the rocks for some time and the couple officially separated in late 2018. At that time, Lauren reportedly informed Patrick that she had been dating Amazon billionaire Jeff Bezos for some time. I wonder how Patrick is going to feel about getting his clients into Amazon movies and TV shows from now on… 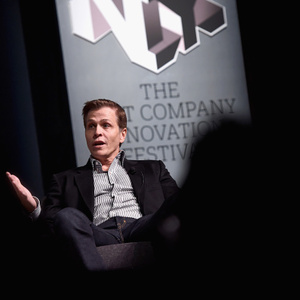