Patricia Woertz net worth salary: Patricia Woertz is an American businesswoman who has a net worth of $50 million dollars. Patricia Woertz was born in Pennsylvania, and graduated from Penn State University with a degree in Accounting in the mid-70s. She began her professional career working for Ernst & Young, and then moved on to Gulf Oil.

She went on to become President of Chevron International, and then Executive Vice President of Chevron Global Downstream. She is currently the President and Chief Executive Officer of Archer Daniels Midland. As of 2009, Forbes ranked her as the 26th Most Powerful Woman in the World, and she was the top-ranking woman on Fortune 500's list of the most powerful CEOs around the world. As of 2010, Fortune Magazine ranked her as the third most powerful woman in the world. In addition to her work with Archer Daniels Midland, she is also on the Executive Committee of The Business Council. 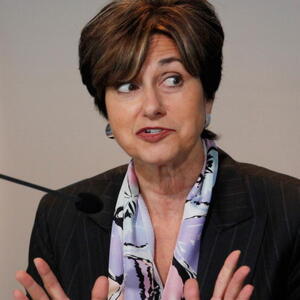