Patricia Driscoll Net Worth: Patricia Driscoll is an American businesswoman and author who has a net worth of $500 thousand. Patricia Driscoll was born in El Paso, Texas in December 1977. She is the head of the national charity the Armed Forces Foundation as well as the private security and surveillance company Frontline Defense Systems, LLC.

She serves as the Chief Executive Officer of FDS which provides technology and surveillance systems to the Department of Defense. She is an expert on fields including border issues, trade relations, and surveillance systems. In 2008 Driscoll co-authored the book Hidden Battles on Unseen Fronts, Stories of American Soldiers with Traumatic Brain Injury and PTSD with Celia Strauss. In 2009 Driscoll received a Legion of Merit and the Humanitarian Award. She has received special recognition many times including twice by President George W. Bush. Driscoll's lineage is traced back to Benjamin Franklin and Edwin Goodman of Bergdorf Goodman. In 2014 it was reported that Patricia Driscoll was dating NASCAR driver Kurt Busch. 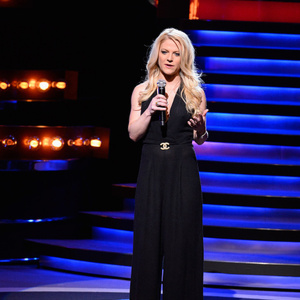