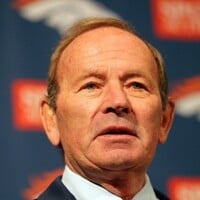 What was Pat Bowlen's net worth?

Pat Bowlen was an American attorney who was also the majority owner, and Chief Executive Owner of the Denver Broncos of the National Football League. At the time of his death  in 2019, Pat Bowlen had a net worth of $1 billion. The majority of his net worth was attributable to his ownership of the Denver Broncos. In the years following his death, the Broncos sky rocketed in value. In June 2022 the team was sold for $4.5 billion. Each of his seven children received $643 million for their 1/7 shares of the team.

Pat Bowlen was born in 1944 in Prairie du Chein, Wisconsin. His father, Paul Bowlen, had become a millionaire in the Canadian oil business. Bowlen got his BA and JD from the University of Oklahoma. Though he had plenty of oil money in his family, Pat became wealthy on his own with a successful law practice in Edmonton, Alberta, Canada. Bowlen also worked as an executive for his father's company, Regent Drilling and as a real estate developer.

In 1984, as the Broncos faced bankruptcy under former owner Edgar Kaiser, Bowlen along with his brothers John and Bill and sister Marybeth purchased a majority stake in the NFL franchise for $78 million. One year later the rest of his family joined to purchase the entire franchise.

At the 1983 draft, future Broncos superstar John Elway was initially drafted as the #1 pick by the Baltimore Colts. Elway did not want to play for the Colts and even threatened to take up an offer to play baseball or the New York Mets over playing for the Colts. The Colts eventually relented and traded Elway to the Broncos in exchange for an offensive lineman named Chris Hinton. 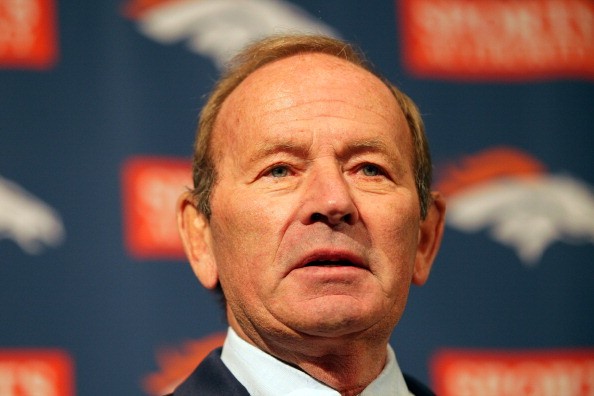 In 1998, as Elway's career was winding down, Bowlen approached the legendary quarterback with a two-part offer:

Part 2) If John agreed to forgo his deferred salary, he would be given an additional 10% equity stake in the team. At the time John was owed $21 million in deferred salary. So in other words, if John chipped in $15 million of his own cash and gave up $21 million in future earnings, he would own 20% of the Broncos. John declined and opted for the money upfront instead. Tragically, he then invested around $15 million in what turned out to be a ponzi scheme, wiping out $7 million almost immediately. As of 2019, the Broncos are worth an estimated $2.7 billion. Had John taken the deal, today his 20% stake would be worth $540 million.

Upon his death in June 2019, ownership of the Denver Broncos passed to the Bowlen Trust. The beneficiaries of that trust, in seven equal parts, were his seven children. The heirs reportedly stuggled for the better part of two years to agree on simple team decisions. Ultimately, the decision was made to put the team up for sale.

On June 6, 2022 the Bowlen Trust announced it had reached an agreement to sell the Broncos to Walmart heir Rob Walton for $4.5 billion. At the time of the sale, it was the most-expensive team sale of all time.

At that level, each of Bowlen's seven heirs will cash-out to the tune of $643 million, pre-tax.