Owen Van Natta Net Worth: Owen Van Natta is an American entrepreneur who has a net worth of $400 million. Owen Van Natta is best-known for being the one-time COO of Facebook. He also held senior positions at Amazon, MySpace and Zynga – the developer of online social games like FarmVille, CityVille, and more. These games were incredibly popular on Facebook, which is where the vast majority of players were first exposed to the games.

Owen worked at Amazon from 1998 to 2005, eventually rising to Vice President of Worldwide Business and Corporate Development.

He was then hired to be the Chief Operating Officer of Facebook, where he served from 2005 to 2008 eventually leaving as Chief Revenue Officer.

In April 2009 Owen jumped to beleaguered social media site MySpace. Van Natta oversaw MySpace's transformation from a social networking site to a largely music based personalizable media site. The transition was considered to be largely successful. In 2009, MySpace's parent company Fox Interactive Media generated $226 million in revenue and $7 million in profits, most of which were attributed to MySpace.

In 2010 Owen joined Zynga, which had found success in the relatively new field of online social networking games. Although Zynga faced accusations of spamming and producing low quality content, no one can argue with the popularity of Facebook games such as FarmVille. He resigned from Zynga in November 2011.

In 2013 Owen Van Natta founded his own investment vehicle which he named 415 LLC.

In 2019 he founded Prefix Capital. 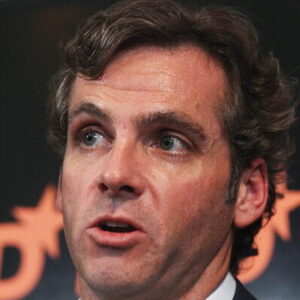