How much is Nils Smedegaard Andersen Worth?

Nils Smedegaard Andersen net worth and salary: Nils Smedegaard Anderson is a Danish businessman who has a net worth of $30 million dollars. Nils Smedegaard Andersen was born in Aarhus, Denmark in July 1958. He graduated from Aarhus University in 1982. In 2007 he became the CEO of AP Moller-Maersk. He also joined the company's Board of Directors in 2006. Andersen is also a board member of the Carlsberg Group and William Demant Holding. He became CEO of Carlsberg Group in 2001. Andersen also serves as Co-Chairman of EU-Russia Industrialists' Round Table. He was awarded the Knight's Cross of the Order of Danneborg in 2010. AP Moller – Maersk is Denmark's largest company. Maersk specializes in being a shipping company. Andersen became ill while skiing in 2011. He had heart issues and required surgery in 2012. He was able to return to his duties in 2012. Nils is married to Kristen Andersen and the couple has two children together. 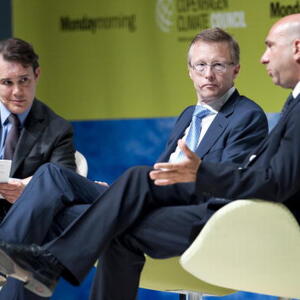