Nicky Oppenheimer net worth: Nicky Oppenheimer's net worth is $6.7 billion which makes him one of the richest people in South Africa. Born in South Africa, Nicky Oppenheimer attended school in the UK, first at the Harrow School, and then at Christ Church, Oxford. He earned his degree in Philosophy, Politics, and Economics, and then went on to complete a Master's at Oxford as well. His grandfather served as Chairman of the De Beers diamond mining company beginning in the late 1920s. His father took over from his grandfather, and then, Nicky Oppenheimer subsequently became CEO. He saw the company through the economic downturn, and business increased by more than 50% in the 2010. In addition to his work with De Beers, he also helms Greene and Partners Investments, a venture capital firm which focuses on building business in South Africa, and surrounding areas. He also controls a game preserve. In 2011, he sold his family's 40% stake in De Beers to Anglo American, a company his grandfather started in 1917. 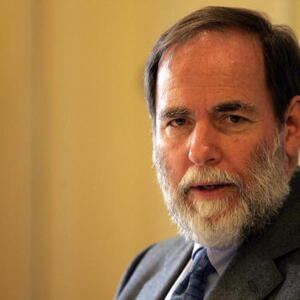