Nick Leeson net worth: Nick Leeson is a former derivatives broker from the UK who famously caused the collapse of Barings Bank. Nick Leeson has a net worth of $3 million. He is best known for being the captain behind the demise of Barings bank by participating in unauthorized speculative trading. It's all very complicated, but just know he was hiding losses and did so to pocket money for himself. This, of course, is the M.O. of many traders in the market today and essentially one of the main reasons for the 2008 recession, as well as Enron's collapse. After realizing he was caught, he jumped around the world, trying to hide from his impending jail time, but to no avail. He was eventually captured in Germany and imprisoned for four years in Singapore, where his wife left him, he lost most of his money and became an outcast in the financial world, being the sole reason for the destruction of a 230 year old corporation. But, I have to admit, he did manage to rise (a bit) from the ashes. While in jail he wrote a book entitled, "Rogue Trader" which many people described as pompous, but did manage to land him a movie deal. The movie, with the same name came out in 1999 staring Ewan McGregor and Anna Friel. After his release in 1999, he remarried, moved to Ireland and continues to trade (with his own money this time) and perform speaking engagements where he gets around $8,000 per presentation. Not bad for an hour's work. Interestingly enough, a jacket that he supposedly wore while trading on the SIMEX in Singapore recently sold on eBay for an amazing $32,900… Crazy what people will throw money away on isn't it? 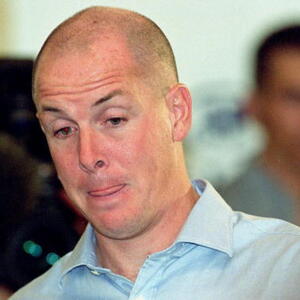