What is Nick Candy's Net Worth?

Nick Candy is a British luxury property developer and interior designer who has a net worth of $2 billion. Nick earned his fortune as co-owner of the property development/design team Candy & Candy, along with his brother Christian Candy. The brothers are particularly notable for developing the über-luxury condo complex, One Hyde Park in London, one of the priciest residential projects in the world. In 2018 their company was renamed Candy Properties after Nick became the sole owner.

Nicholas Anthony Christopher Candy was born on January 23, 1973. He is a year older than brother Christian Candy. Both Nick and Christian attended Prior Preparatory School followed by Epsom College. Nick ultimately earned a degree in Human Geography from University of Redding while Christian dropped out of a business management program at King's College London. 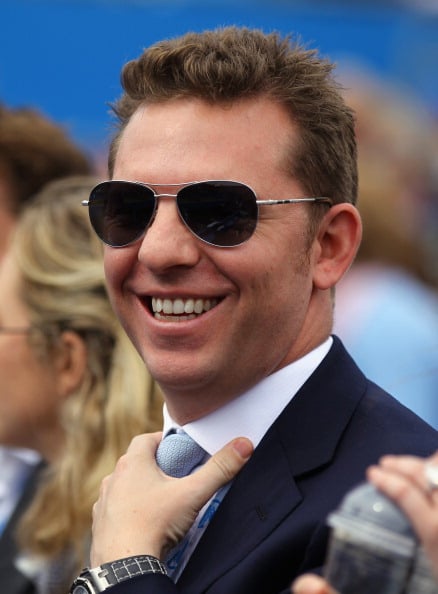 In the mid-1990s, the brothers formed a property development and renovation company which they named Candy & Candy. The first property they bought was a modest apartment in London which cost 122,000 pounds. They had no money left over for renovations after buying the property so they had to borrow 6,000 pounds from their grandmother to complete the flip. They actually lived in the apartment while performing renovations in their free time, keeping their normal day jobs. Nick worked at an advertising agency and Christian worked at Merrill Lynch.

Eighteen months later they sold the property for 172,000 pounds.

They continued focusing on renovating modest flats in their free time while maintaining traditional day jobs. After a handful of successes they both were able to leave their day jobs and dive full-time into real estate development.

Over time Candy & Candy moved up the property development ladder and today the company is best known for building extremely high-profile, high-end real estate in London.

Using financing from the Prime Minister of Qatar, in 2005 the brothers paid 150 million pounds for a property in London's Knightsbridge neighborhood. Working with architect Richard Rogers, they developed what became known as One Hyde Park. Construction was completed in 2011.

One Hyde Park features 86 residential properties and is home to some of the richest people in the world. Units regularly sell for an average of $25-30 million, with penthouse units trading for exponentially more. In 2011, Ukrainian billionaire Rinat Akhmetov paid $213 million for his penthouse at One Hyde Park. He then spent an additional $140 million on additional renovations.

Nick himself listed a penthouse at One Hyde Park for sale in May 2021. Nick's penthouse features 18,000 square-feet of indoor living space, spanning two floors with five bedrooms, a home theater, spa room, wine room and much more. His asking price in May 2021? $240 million. It's unclear as of this writing if he has found a buyer.

In 2006 the brothers paid 175 million pounds to acquire a property that was the former Middlesex Hospital in the Fitzrovia area of London. They initially wanted to call the development NoHo Square but eventually changed the name to Fitzroy Place. Today the property features 220,000 square-feet of office space and 289 homes.

In 2007 the brothers acquired the a site known as the Chelsea Barracks. They paid a reported 959 million pounds for the property using financial backing of the Qatari government's investment corporation.

In 2007 the brothers paid 250 million pounds for the site of a former Robinson's-May department store in Beverly Hills, California.

In 2012, Nick married Australian-British singer and actress Holly Valance. In November of 2013 the couple welcomed baby girl Luka Violet Toni Candy, telling the press they would call her Lulu. The baby girl was given the middle name Toni in memory of Nick's father, Tony Candy, who died a few weeks prior to the baby's birth. They welcomed a second daughter, a girl named Nova Skye Coco, in September 2017,

In 2010 Jeremy Renner and a business partner paid $7 million for a home in Holmby Hills, California, an ultra-expensive enclave in the middle of Beverly Hills. After performing a major renovation, in 2013 Renner and his partner sold the home to Nick's brother Christian Candy for $24 million. In 2018 Christian sold the home to Nick for $28.5 million. Nick subsequently added a three-story guest house in addition to other renovations. In July 2022 Nick and Holly listed this property for sale for $85 million. The 21,000 square-foot mansion, which is known as "The Reserve," was originally built in 1959. The primary 11,000 square foot mansion has five bedrooms, 11 bathrooms and a 226-foot driveway. They master bedroom wing is 1,000 square feet. The guest house is equally as large, at 11,000 square feet.

Back in their native United Kingdom, Nick and Holly own large home in Chelsea, a country property in the English countryside region of Cotsworth and an apartment in One Hyde Park, the building he and Christian developed. 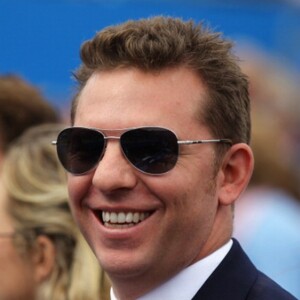