Naveen Selvadurai net worth: Naveen Selvadurai is a U.S. internet entrepreneur who has a net worth of $80 million dollars. Born January 27, 1982 in Chennai, Tamil Nadu, India, Naveen Selvadurai is best known as the co-founder of location-based social networking site Foursquare.com. During his career, he worked with Lucent, Sony, Nokia and Sun Microsystems before co-founding Foursquare in 2009 with Dennis Crowley. Foursquare.com encourages users to 'check in' at venues using a mobile website, text messaging or a device-specific application by selecting from a list of venues the application locates nearby. This GPS-based method awards the user points and sometimes 'badges' for their participation and the user who checks in the most becomes the 'mayor'. Users regularly vie for 'mayorship' positions. In 2012, Selvadurai stepped down from his day-to-day participation at Foresquare, in an operational capacity, but said he would remain as a board member and advisor. It was later revealed that Selvadurai would be joining the Expa startup studio, founded in 2013 by former Uber and StumbleUpon founder Garrett Camp. 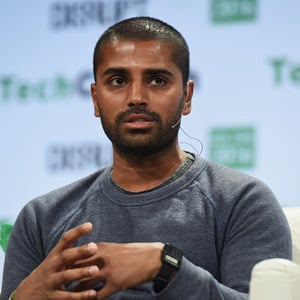